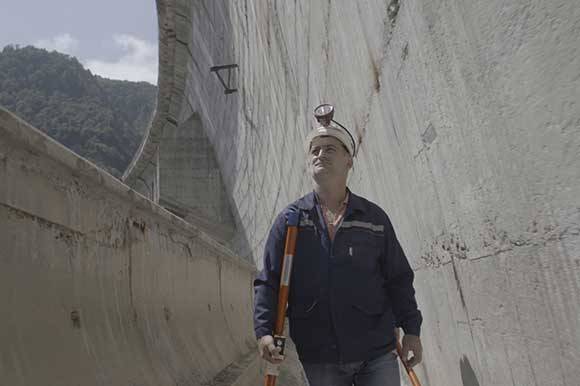 My Neighbour by Maradia Tsaava

TBILISI: Georgian director Maradia Tsaava is currently in production with her first long documentary My Neighbour. The shooting for this Georgian/French coproduction started in August 2019.

An attempt at crossing a separation line in search of a lost friend is also an attempt to bring hope to the abandoned people of a remote place. Should the crossing be forbidden over ground, maybe the underground offers a way.

„The film is a search for human nature, people, traumas, the concept of territories, the idea of borders and mainly, for myself”, Maradia Tsaava told FNE.

The film is produced by Luciano Gloor and Mariam Chachia through the Georgian company OpyoDoc in coproduction with Edith Farine through France’s Faites Un Voeu. The project was supported by the Georgian National Film Center with 25,254 EUR / 75,764 GEL and it also received support of 8,000 EUR / 24,000 GEL from the Development Région Bourgogne Franch Compté, as well as 8,580 EUR / 25,740 GEL from Development Procirep Angoa in 2019. The total budget is 89,503 EUR / 268,510 GEL.

The film is expected to be completed by the end of 2020.

OpyoDoc is an award winning production company which tackles injustice through documentaries. Mariam Chachia, one of the producers of this company, has produced and directed three long documentaries including Listen to the Silence, which won best film at the International Leipzig Festival for Documentary and Animated Film in 2016.