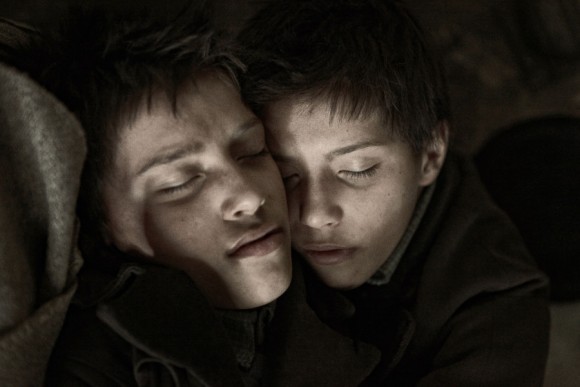 KARLOVY VARY: All eyes will be on the world premiere of Janos Szasz’s The Notebook (Le Grand Cahier) screening in the main competition of the 48th Karlovy Vary IFF (www.kviff.com ) on 3 July 2013, the first film to emerge thanks to a grant from the new Hungarian National Film Fund ( www.filmalap.hu )

Agnes Havas, general manager of the fund, noted that the film fund was launched two years and two days ago. After a gap in film funding that resulted in a silent period for Hungarian film both on the domestic and the international scene, a selection of trailers from upcoming films make it clear that Hungary is ready to make a dynamic comeback. The fund has a budget of 5 bn HUF (17.6 m EUR) for 2013 and has supported 27 full-length films, including five documentaries.

Havas said The Notebook was making its debut at Karlovy Vary because, “This is the leading film festival in the region.” Karlovy Vary IFF repaid the compliment, with one programmer telling FNE that the film, described as a parable about what war does to children, is one of the strongest in the competition. Havas also told FNE she expected the gay-themed Land of Storms directed by Adam Csaszi would also attract strong festival attention, while industry professionals speculated that Kornel Mundruczo’s White God would end up at Cannes.

Several of the upcoming Hungarian films have already been picked up by sales agents. Tassilo Hallbauer of Beta Cinema told FNE, “We picked up The Notebook in Toronto in 2011 from the script. We knew it was based on a best-selling novel, and it was very well-written, very poetic but it also had a certain commercial potential.” M-appeal acquired world sales rights to Land of Storms and The Match Factory will handle world sales for White God.