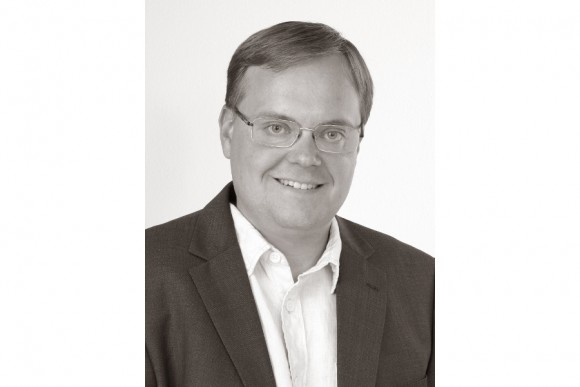 FNE together with Europa Distribution continues its Distributor of the Month series. In recognition of the hard work and excellence of European distributors and the common problems they face, especially in the transition to digitalization, we choose a distributor from each country covered by FNE each month.

We look at the challenges and the successes faced by those distributors who are members of Europa Distribution with a special series of interviews that offer insights that other distributors of European films can benefit from and a platform for the exchange of ideas.

This month we focus on the Hungarian company Budapest Film  and we spoke with Gabor Csurdi, head of distribution. One of the leading independent distributors in Hungary, Budapest Film Kft is an affiliate of the Berlin-based A Company Filmed Entertainment AG, and it is 100% owned by A Company Hungary Kft, whose managing directors are Claudia Nador and Attila Szabó. The company distributes 15-18 independent films per year including domestic releases, and it also initiated a script competition for young and talented screenwriters, giving itself the opportunity of producing or co-producing new work. Recently, the company acquired Le grand cahier by János Szász, and the comedy Heavenly Shift, the debut feature by Márk Bodzsár.

FNE: How does the market in your country differ from other countries? What is specific about the Hungarian market and does that affect independent distribution?

Gabor Csurdi: The Hungarian cinema market experienced huge growth between 1996-2008 due to the boom in multiplex building and popular local productions. Things have become a bit slower since then, box office growing by only 6% since 2007 as screendaily.com recently revealed, based on Dodona research data. Growth has been much bigger in these years in neighboring countries like Romania, Slovakia and Poland. Admission numbers have fallen from 11 million in 2007 to 9.5 million last year, so it seems that less people go to cinema, but due to constantly rising ticket prices, gross box office is rising slightly. With a population of roughly 10 million, per capita attendance is now below the 1.0 mark. Nevertheless, overall box office was at 41 million EUR, which makes Hungary the third largest market in the CEE region after Poland and Czech Republic. Some analysis we have from consulting companies show that the market is expected to grow by 3-4% each year, which is barely above current inflation levels.

What’s also special about the Hungarian market is the huge concentration of theatrical and distribution business. IT Cinemas, operator of Cinema City, bought the other significant chain, Palace Cinemas in 2011, and it now controls approximately 80% of the exhibition market. Besides Cinema City, there’s basically no big chain, barely some independent cinemas, who control one or two, or in best case, three sites. Also the distribution market is heavily concentrated, as 97% of the market was taken by six big companies in 2012, three of them with studio background. There are three independent companies with foreign background which covered roughly 20% of the market last year. Despite this huge concentration, smaller distribution companies are mushrooming, some of them entering the market in 2011 and 2012. So besides the "big six" there are around 8-10 companies doing film distribution. Several traditional and international companies have gone out of the business since 2009, including SPI, Best Hollywood and Mokep.

The only certain point in this changing environment seems to be Budapest Film Kft, which has constantly distributed high-quality movies since 1988. Nevertheless 2010 signaled a major turning point in the company’s history, as the majority share was taken over by the German company A Company Filmed Entertainment. With the investment the company has been able to stabilize its market presence. Since the takeover the company has been able to successfully release movies like The King’s Speech, Black Swan, Untouchable, The Iron Lady and Cloud Atlas.

Nevertheless the business was hurt by the almost complete stop of Hungarian film production in 2010. Since its formation, Budapest Film Kft has been the biggest distributor of local product, experiencing huge success in the 1990s and 2000s, with some local movies reaching 500,000 admissions. Fortunately, the new government funding structure comes to life this year, as there are approximately 25 production waiting to be released from the second half of 2013 until the end of 2014. Budapest Film Kft has already secured some titles, including the main prize winner of Karlovy Vary this year, Le grand cahier by János Szász, and Heavenly Shift, a comedy by first time director Márk Bodzsár. To stimulate the Hungarian film production, Budapest Film Kft initiated a script competition for first-time writers in 2012, with a second round organized this year. This also shows our commitment to support local productions.

What’s also specific about the Hungarian market is the huge geographical concentration; as in the case of many independent European movies, 80-90% of the box office income is generated in the capital city of Budapest, where only approximately 20% of the population lives. Although there are over 40 art house or traditional cinemas in other cities around the country, they do not generate significant income. For example, the last Pedro Almodovar movie, Los amantes pasajeros, made over 90% of its business in Budapest, the rest coming from cinemas around the country.

The brightest development in recent years has been the almost complete digitalization of cinemas. Cinema City went fully digital last year, which meant that other multiplexes and even art house cinemas had to follow this trend. We stopped providing 35mms to cinemas in May 2012.

Our business is also effected by piracy, which affects not only major production, but also smaller European productions. The only way to fight against this is to also release European and independent movies day and date, just like we did with Los amantes pasajeros this year, which was released only three weeks after the Spanish release. Unfortunately, this means that in many cases we cannot adapt our strategies to actual demand.

Other methods we can try to fight piracy is the creative use of marketing tools, especially online, so we can raise awareness for the movie among young people, and in the near future we have to think about eliminating the traditional window system in the case of certain movies. We are already seeing some encouraging figures of day and date releases on VOD, so I’m sure in the not so far future, this release pattern will be a matter of everyday business. At least for many smaller art house and independent movies, where putting up the P&A even for a small national release in multiplexes will not make sense.

How competitive is your market for European films - national and non-national?

Cinemas are dominated by US studio product; there are some exceptional cases when European movies can make sizable business. Some family movies, like the Asterix franchise or Animals United, worked well. But we missed a very successful franchise like Taxi 10-15 years ago. Most movies that are released in Hungary are from the UK, France and Scandinavian countries, but we rarely see movies from other Eastern European countries, or even Spain. Also, the market share of national movies went down to 2% last year. The same figure was 8-10% before 2010, and I’m hopeful it will be the same in next year, when approximately 20 local productions will hit theaters.

What kind of films seem to work well with audiences in your market?

There’s one general rule in the Hungarian market: comedies and romantic comedies always work in cinemas. Of course big blockbusters and family movies dominate the business, but in some cases if the subject matter of the movie touches the spirit of Hungarians, we can do decent numbers. Like for example with the British comedy I Give It a Year, which despite a not so huge cast made almost 50,000 admissions, as the story seemed to resonate well with couples. Besides families, the other demographics that seem to go to cinemas are young or older couples, who still consider cinema going as a social event. Luckily, in many cases some European quality movies do decent numbers, like in our case Untouchable with almost 100,000 admissions, or The Iron Lady with 80,000 admissions, The King’s Speech with 180,000 admissions and Cloud Atlas with 120,000 admissions, the latter being our biggest success last year.

What are the major areas that you focus on? Theatrical/DVD/VOD/TV distribution, production, exhibition…?

Our company focuses on all aspects of distribution, although the emphasis is shifting from time to time. In the early 2000s DVD was the cash cow, but in the last three years the business has dropped dramatically. Luckily VOD shows strong signs of growth. Nevertheless, the backbone of the business of our company group remains TV sales.
A new part of our parent company is taking part in productions through A Company Filmproduktion based in Berlin. The company has been the co-producer of Cloud Atlas, Die Vermessung der Welt by Detlev Buck and the upcoming Run Boy Run by Pepe Danquart. Our company group can therefore offer various “services” to partners from local distribution to distribution in the whole Central European and CIS area across all formats, to co-productions. If I have to summarize the transition of Budapest Film Kft in the last 3-4 years, it has become part of a multinational company from being a Hungarian company only.

We have different levels of acquisitions, as our parent company A Company Film Licencing International buys for the whole CEE and CIS region, so bigger and especially commercial movies like the upcoming Machete Kills, I Frankenstein 3D and Sin City 2 is out of this source. But we need more product, so in many cases we buy for selected territories only. Also we focus on getting new Hungarian movies for next year’s line up.

What films have been your biggest hits?

In recent years we did very good business with movies like Cloud Atlas, The Iron Lady, Black Swan, The King’s Speech and Untouchable.

What are your upcoming releases and how will you promote them?

We have a very exciting period ahead, as we will release two Hungarian movies, the Karlovy Vary main prize winner Le grand cahier in September and Heavenly Shift by first-time director Márk Bodzsár. We’re also excited by the upcoming release of Steven Soderbergh's Behind the Candelabra. Our biggest success will most likely be Machete Kills, the sequel to the 2010 original. Winter season will see the release of some Oscar hopefuls, like Butler and Inside Llewyn Davis with other interesting stuff like A Long Way Down, Can a Song Save Your Life scheduled for Valentine’s Day, Only Lovers Left Alive by Jim Jarmusch and Pelé, which will be released right before next year's World Cup in Brazil. However, the biggest titles we will release next year are I, Frankenstein 3D and Sin City 2. Hopefully we will be able to announce further Hungarian movies in our schedule for next year.