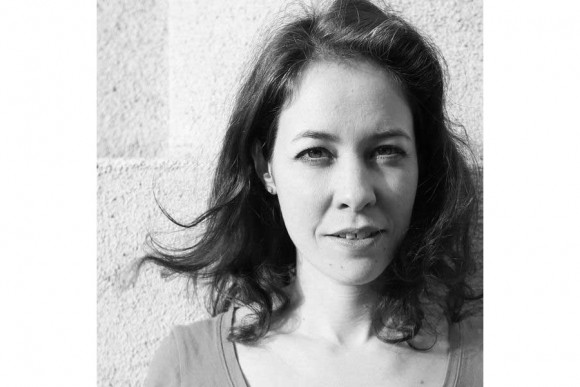 BUDAPEST: Hungarian producer Eszter Gyárfás will bring Kornel Mundruczó's next feature Make A Wish to European Film Promotion’s 2014 edition of Producers on the Move at Cannes

A graduate of the producer class at the University of Theatre and Film in Budapest, Gyárfás worked during her studies as a unit production manager on such films as Taxidermia and Delta. In 2011 she started working at Proton Cinema and made her debut as a producer with Land Of Storms by Ádám Császi in 2013. She then has since served as executive producer on Mundruczó's sixth feature White God and coproducer on Anders Østergaard's feature documentary 1989. Eszter, who is an EAVE 2013 graduate, is now developing Mundruczó's Make A Wish.

Regarding her inspiration to become a film producer, Gyárfás told FNE, “It was a quick decision. I realized this is the work which combines creativity and strategic thinking on a cultural field.  I have always been curious to meet inspiring people and help them find their way to express something about the world we live in.”

Gyárfás said her ideal producer is Viktória Petrányi because she “represents the values, spirit and dedication that I absolutely share. How lucky that I get to work with her and learn from her every day. I also get a lot of inspiration from Silje Hopland Eik who is an incredibly dynamic producer. And this year I've had the privilege to coproduce with Lise Lense-Møller, who really is an idol.”

She says there are a number of films she wishes she had producer, including Breaking the Waves, Holy Motors, Waltz with Bashir, Child's Pose, Summer, Fall, Winter…and Spring, The Hurt Locker and many more.

Gyárfástold FNE, “I have mostly worked on features and have done so with great passion. Making a feature is always a great challenge. But documentaries have been my secret love and I hope to make more of them in the future. Documentaries can be activated in the real world in a very complex way. I am very interested to see how art can make a real effect on everyday life.”

Of the company where she works, she said, “Proton Cinema is a pool that gathers creative minds who share similar visions. It is a great island I would say. If you have one island like this you would like to be connected to another one, and together you can create a whole network of creative islands. A galaxy a bit further away...”

Looking back over the past and forward into the future, Gyárfás said, “In the last 5 years I've had a very intense period developing, shooting, doing post almost every day. Now I would like to use all my knowledge and create a series of features which reach an international audience but also challenges national audiences. I would like to strengthen Proton's brand of positive energy.”