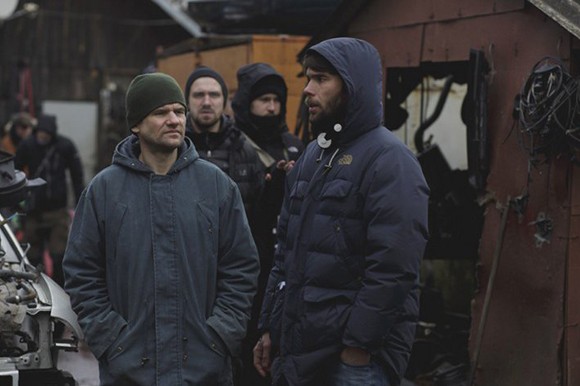 RIGA: Director Jānis Nords is currently shooting Foam at the Mouth / Ar putām uz Lūpām, a psychological drama in a contemporary setting. The premiere of this Latvian/Lithuanian/Polish coproduction is set for 2017.

Jānis Nords, whose previous work is Mother I Love You / Mammu, Es Tevi Mīlu (2013, Tasse Films), continues on elaborating his style that got awarded in festivals such as Berlin and Los Angeles. The film is a coproduction between Latvia’s Tasse Films, Lithuania’s ArtBox and Poland’s Madants.

The film focuses on a former policeman who, after a car crash, starts to train a dog, while his marriage is on the verge of collapse as his wife starts dating a considerably younger man. The story is based on Matthew Gossett's script Origin of a Species adapted to Latvian realities.

The estimated budget will be announced on later stages. Shooting started in February 2016 and the premiere is set for 2017. The estimated length is 110 minutes.

The production is supported by the Latvian National Film Centre and Eurimages European Cinema Support Fund.