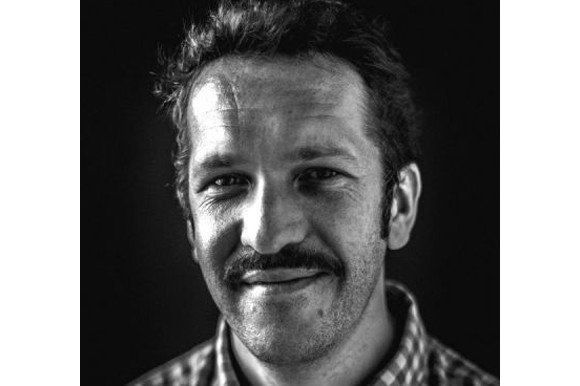 RIGA: Latvian producer Roberts Vinovskis, a 2016 European Film Promotion Producer on the Move, has been in the film production business since the early 2000’s but is best known for his recent work, developing his career around an ongoing cooperation with a few directors.

Vinovskis first entered the world of filmmaking as a director by creating two works in the style of “videoart” – a popular phenomenon in the Baltics in the 90s. He remembers that a friend, cameraman Jānis Eglītis, also showed an interest in creating such films, but was skeptical about his abilities to organise the production. Vinovskis then stepped in, saying: “Don’t worry, I will do this for you, I am a producer.” Since this first experimental production, made at the age of 17, Vinovskis has been working, as he states, for a narrow circle of friends. The producer notes that this way of working suits him well, as he is assured that his friends are like-minded people when it comes to their views on filmmaking.

Vinovskis' most notable films include People Out There (2012) and The Man in the Orange Jacket (2014) made in collaboration with director Aik Karepetian. Their third film, Firstborn, which received funding from the Latvian Film Center, is currently in production. Vinovskis has also developed another ongoing collaboration with the director Dāvis Sīmanis Jr. Together they have created two documentaries that balance on the line between observation and fiction: Version.LNO and Valkyrie Limited. In 2016, Vinovskis produced Sīmanis’ first feature fiction film Exiled, a symbolic drama set during World War II with German actor Ulrich Matthes in the leading role. Another notable work in Vinovskis' filmography is Rocks in My Pockets, a deeply intimate feature animation on director’s Signe Baumane ongoing struggle with depression. He also produced The Gambler by Ignas Jonynas (Studio Uljana Kim), the first coproduction between Latvia and Lithuania in 20 years. The Gambler and Rocks in My Pockets were the Oscar entries from their respective countries.

In 2013 Vinovskis received a special prize from the Warsaw Film Festival. The jury noted that the rare decision of emphasizing the producer’s role in the film came from the fact that the coproduction team managed to create a film of competitive quality given very limited financial sources.

Vinovskis says that he has always enjoyed working on the films that he produced and he would surely love it to continue. He acknowledges that he is first and foremost interested in cinema as a form of art, even though he also highly values cinema as entertainment when it is done masterfully. Concerning the future, Vinovskis says that he does not worry about it too much. But on one thing he is sure: he will continue producing as long as it remains interesting to him. “And,” he says “If I ever grow tired of producing, I will leave light-heartedly.”