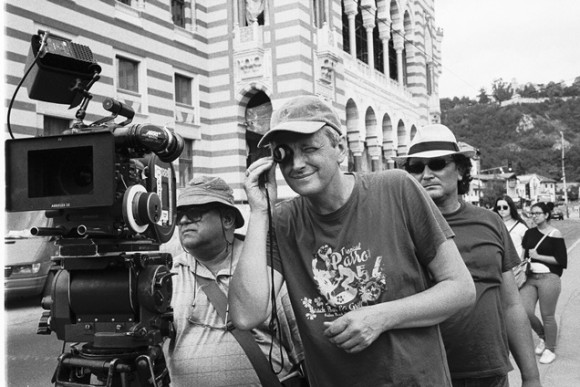 RIGA: Ukrainian director Sergei Loznitsa’s new project A Gentle Creature is currently shooting in and around the second biggest Latvian city, Daugavpils. This is his second feature film shooting in southern Latvia after In the Fog (2012).

A Gentle Creature is inspired by Fyodor Dostoyevsky’s short story of the same title written in 1876. It follows a woman who lives alone in the outskirts of a Russian village. One day she receives a parcel she sent to her incarcerated husband, marked ‘return to sender’. Shocked and confused, the woman has no choice but to travel to the prison in a remote region of the country in search of an explanation, embarking on a blind quest for justice.

The project received a cash rebate of 199,247 EUR from the National Film Center of Latvia Fund and The Riga Film Fund, that supports feature films entirely or party shot in Latvia.

This is Loznitsa’s second feature film that is shot in the Daugavpils district in southern Latvia after In the Fog (2012), which was a German/Russian/Latvian/Dutch/Belorussian coproduction between Ma.Ja.De Fiction, GP Cinema Co., Rija Films, Lemming Film, Belarusfilm and ZDF/Arte.

Oleg Mutu (In the Fog, 4 Months, 3 Weeks, 2 Days, mobrafilms.ro) is the DoP. Shooting will last for five weeks. The release is planned for 2017.

Film Angels Productions
Phone: +371 673 31 921
www.angels.lv
This email address is being protected from spambots. You need JavaScript enabled to view it.