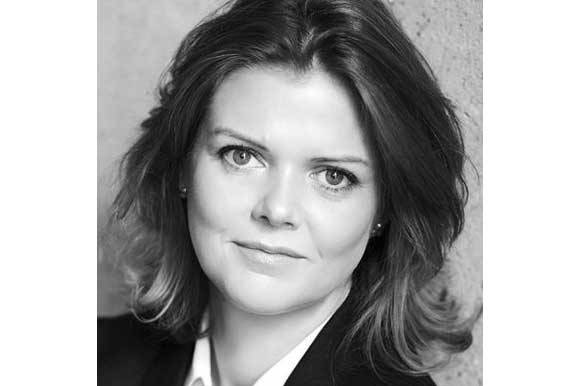 FNE spoke with 2019 Producer on the Move Inese Boka-Grūbe representing Latvia. She has been a partner and producer at Mistrus Media since 2008, and has produced a number of films, including most recently the historic drama The Mover directed by Dāvis Sīmanis, which had its international premiere at the Moscow IFF 2019, and Latvia's entry for the Oscars, the documentary To Be Continued directed by Ivars Seleckis.

Inese Boka-Grūbe: I started working as a film producer by working on a documentary film Sounds under the Sun in 2007, filming the protagonists in various different countries, and in a way this project opened my perspective to look at the development of film projects and producing on an international level and not just for a local audience. While working on the first large historical feature drama produced by our studio, The Chronicles of Melanie, a coproduction between Latvia, the Czech Republic and Finland, it became more clear that it is possible to bring to life and realise any big idea if you truly want it and if you yourself strongly believe that the film is important. The film reached not only a very large audience in the Latvian theatrical market, but had a good journey on the festival circuit internationally as well.

FNE: Is there a particular producer who is a role model in Latvia?

Inese Boka-Grūbe: I think that each of us is the best so-called reference mechanism for oneself and at the same time there is nothing better than learning from others. I try to develop and build our studio so that we would not just be a one-producer or one-film studio, which is quite a common trend but does not allow one to develop and expand. I am interested in and inspired by people that can work on different levels and in different fields at the same time, producing documentaries, feature fictions, working internationally and on commercial film projects as well as art-house film, since I think that maintaining this balance is very important for viable production companies in small markets. There are at least five leading production companies in Latvia and I think that we can all get inspiration from each other while working on documentaries, art-house films, service productions, or risking production on a micro-budget film.

FNE: How do you see yourself either advancing or changing the role of the producer within Latvia or beyond?

Inese Boka-Grūbe: Over the next five years, I plan to consolidate the position of our studio in the field of producing fiction films and TV series, not only as a Latvian production company, but working more with our international partners. The objective is to develop and produce our envisaged projects as international coproductions for international markets. As for the focus on the content, I see development in the field of diversity of genres, working on modern drama, historical drama, crime films and children's and youth film projects. Our studio is also working on the development of complex documentaries rooted in current affairs and creative documentaries on universal cultural themes. I would want to broaden the coproduction area where Latvia is working, not just within Europe, but also Asia and the USA. With the networking possibilities and exchange of ideas between producers I see more opportunities in diversifying the genres and learning more about the trends of coproduction schemes and the novelties of distribution platforms.

FNE: What factors in Latvia are helping or hindering the process of producing films?

Inese Boka-Grūbe: Latvia is a country with a small market, but with high-level professionals, who work with international coproductions, production services projects and producing Latvian national films. This provides a high level of professionalism and original content and also determines why world-class films are being made in Latvia. In the field of documentaries, it is clear that the tradition of producing quality documentaries has existed in Latvia since the 60-70s, and I think that these traditions have been inherited by later generations. Every year films from Latvia are screened at the leading festivals in the world. Our studio is working with the Latvian helmer, documentary filmmaker, director Ivars Sleckis, whose film Crossroad Street received an EFA award for best documentary in 1989. I have to say that it is quite an interesting process working on a film with at least three generations of professionals at the same time. In the field of feature fiction films, I think we have a very strong potential for coproduction cooperation with the introduction of the minority coproduction fund operated by the National Film Centre of Latvia as well as the cash-rebate scheme, which are interesting for foreign producers and filmmakers. This is the reason why there are quite a number of productions involving Latvia during the past years. You just have to be creative enough content-wise to produce films interesting for an international audience with relatively little state support for the film industry.

Inese Boka-Grūbe: In some ways, I'm always trying to work on my dream projects. One of them is the project Natural Light, joining professionals from different European countries. Another is a feature dark comedy by the Latvian director Aik Karapetian with very ambitious international potential and the objective of working with leading European actors and set designers (as at least a four-country coproduction). This would become very provocative cinema. I am also working on the development of a kids adventure film and another comedy on mid-life crises situations. At the moment I am very happy to be able to work together with an inspiring team on an international coproduction of a feature film between Hungary, France, Germany and Latvia, supported by Eurimages – Natural Light by Hungarian film director Dénes Nagy (with main producer Campfilm from Hungary) - and also a coproduction with Russia with the Russian film director Alexey Uchitel.