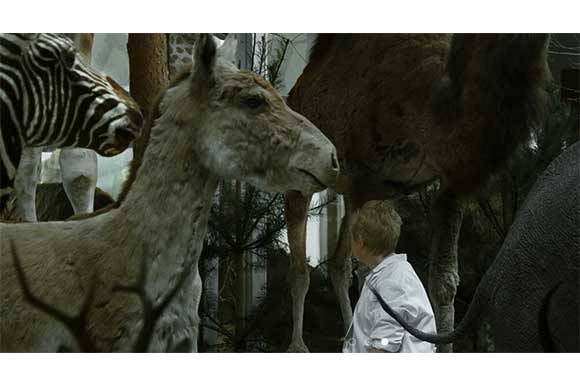 Animus Animalis (A story about people, animals and things) by Aistė Žegulytė

The film already participated in 2018 DOK Leipzig - Next Masters Competition, was awarded a prize in the European Debut Competition at the 2019 Vilnius Film Festival and received the Grand Prix at the Brussels IFF.

Since its premiere on 13 September 2019 the film has generated more than 1,985 admissions in Lithuania and grossed 9,253 EUR.

Animus Animalis was produced by Giedrė Burokaitė for Lithuania’s Meno avilys in cooperation with Kinolab and Kinfo.

A taxidermist, a deer farmer and a museum worker live in an environment in which the line between reality and artificiality has become imperceptible. It's a world where not only deer and boars but also plastic alligator mannequins are being hunted, while stuffed animals compete for the most alive-looking posture and legitimate gaze. The most important exhibits are set up in fabricated nature glass-case, sitting between aerosol-free trees and fake snow. Animals, both dead and alive are observing the people from all sides.

The film was supported by Lithuanian Film Centre. The estimated budget of the film was 110,000 EUR.