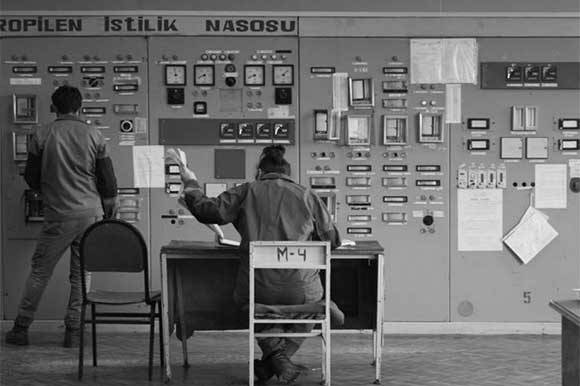 RIGA: The lauded Latvian director Laila Pakalnina will have her Latvian/Lithuanian/Norwegian documentary Spoon in the documentary competition of the 2019 Latvian National Film Festival, which runs from 7 to 12 November 2019 in Riga.

The documentary follows the life of a plastic spoon, detailing the complexity of the manufacturing process and ending with the brief minutes of use and final discarding. The film unspools without dialogue over the course of 66 minutes. Pakalnina shot the film across a swath of countries, from China to Azerbaijan, along with numerous other stops along the way.

Spoon premiered in the documentary competition of the Karlovy Vary IFF, was in competition at the Riga IFF in October and has been screened at festivals in Argentina, Mexico, the USA and Norway.

Hargla Company (Latvia)
This email address is being protected from spambots. You need JavaScript enabled to view it.
Just A Moment (Lithuania)
Mechanix Films (Norway)