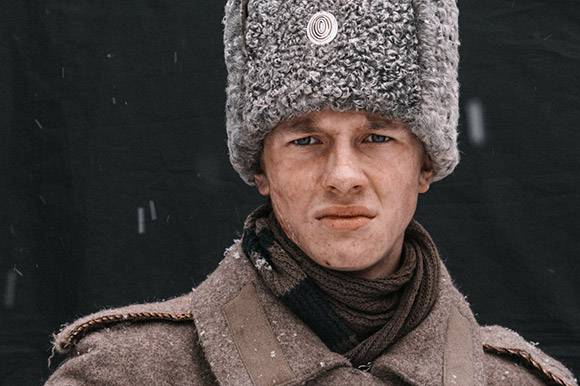 Blizzard of Souls by Dzintars Dreibergs

RIGA: Dzintars Dreibergs's debut feature Blizzard of Souls has reached 207,892 admissions in Latvia in five weeks since its opening, a record number since the country regained independence in early 1990s. This coming-of-age historical drama surpassed Hollywood blockbusters Avatar and Titanic.

Blizzard of Souls / Dvēseļu putenis tells the personal story of a young boy in the wake of WWI, which is often captured through POV (by cinematographer Valdis Celmiņš). The main character Artūrs Vanags (Oto Brantevics) joins the riflemen’s battalion after his mother is killed by Germans, and in the next few years he is a direct witness of the war.

The semi-biographical novel under the same name by Latvian writer Aleksandrs Grīns was first published in 1933-34 and was forbidden during the Soviet regime. The film is set between 1915 and 1921, and focuses on Latvian soldiers fighting against different enemies, thus reflecting the complex history of Latvia and the circumstances of the foundation of the independent republic on the backdrop of WWI.

The film was produced by Dzintars Dreibergs and Inga Praņevska through Kultfilma, involving an international production team including co-scriptwriter Boris Frumin (USA) and composer Lolita Ritmanis (USA), who created an original score performed by a specifically established orchestra and the State Academic Choir “Latvija”.

The film has received the largest state funding for any film production since the 1990s, 1.4 m EUR. A large share of the total budget of 2.5 m EUR was covered by private sponsors.