In just five years, Acme Fim managing director Oscars Killo has become is one of the most promising and hard-working young film producers in Latvia. 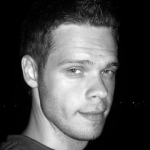 From cinema enthusiast employed in advertising for Latvia's leading business newspaper, Killo purposefully turned to cinema distribution, and since 2003 has been working with Acme Film, the leading independent cinema distribution company in the Baltic States. Now the company's managing director, his influence is observed in his strategic thinking, understanding audience's preferences, and a discriminating sense of cinema.

Thinking about his company's future vision Killo says, "In the next years, Acme Film is planning to strenghten and increase its market share by offering a variety of European and US films. Acme Film is actively looking for new distribution deals, looking for award-winning festival titles and more. Additionally, the Latvian market is growing in general. There are new multiplexes opening soon, a really positive thing for every distributor. What sets Acme Film apart fromother distributors in the Baltics, including Latvia, is a continual offer of European films"

The company was established in 1999, distributing theatrical releases and DVD feature films in Lithuania, Latvia, and Estonia. Its exclusive partners include Sony Pictures (in Lithuania), Summit Entertainment, Lakeshore Pictures, Lions Gate, and Studiocanal. It has a 25% share of the Latvian market, one of three active theatrical distributors in Latvia.

Acme Film focuses on both European and American films, but also distributes Russian films (which perform strongly in Latvia because of the demographics) such as the second highest grossing film of all time in Latvia, The Irony of Fate. Other important European successes of 2007 and 2008 include The Queen, La Vie en Rose, The Diving Bell and the Butterfly, Asterix at the Olympic Games, and 2 Days in Paris. Happy-go-Lucky, Paris, JCDV, and The Duchess are among its upcoming theatrical releases. In 2007, Acme Film released 62 films thatrically, with 57 planned for 2008.