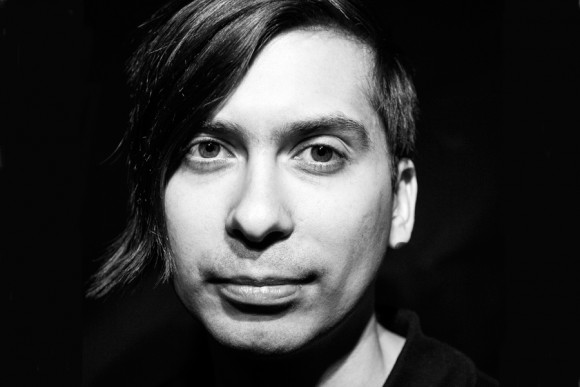 This month we speak to Tomas Tengmark, the Head of Distribution at Kaunas International Film Festival which is the main film event in Kaunas and one of Lithuania’s most appreciated film festivals.

FNE: How does the market in your country differ from other countries? What is specific about the Lithuanian market? How is independent distribution doing in your market today?

Tomas Tengmark: Our market is very small. Lithuania has only 2.9 million inhabitants. For an independent distributor there are far too few screens. In general for an art house distributor there are a maximum of five screens in the three biggest cities. So it is hard to make any wide releases even today with the digital possibilities. The Swedish investment fund Ratos owns 58% of the Nordic Cinema Group that operates the multiplexes all over the Nordic and Baltic countries. They set the standards and do not let in films that could pose a risk to the investor's profit. *

The "influence" of distributors buying rights and not releasing the films in the territory is still a problem. This is often the case with Russian distributors. The Baltic countries have long been mistaken for a CIS-territory. So when Russian distributors ask for a deal, they want the Baltics to be included. This is a direct conflict for the dynamic European market. We had to give the sales agents some help with geography lessons. What if France bought rights to a film and Belgium or Netherlands were included in the deal by default? Or for instance a deal for Spain would mean they get the rights for Mexico too? Even though some Russian distributors are willing to cooperate, it is a fact that when Russian distributors buy film rights for Lithuania the number of theatrical releases is less frequent. Then the films mostly go for festival screenings. The producers and directors would probably like their film to circulate in as many countries as possible. That is secured when the Baltic rights are sold to Baltic distributors.

FNE: How competitive is your market for European films (national and non-national)?

It is important to note that cinema going is a luxury compared to other European countries. The average monthly income in Lithuania is 400EUR and a cinema ticket costs around 8 to 16 Lt (4,63 EUR). If you spend 1% of your monthly income on a cinema ticket, you do not want to risk being disappointed.

FNE: What kinds of films seem to work well with audiences in your market?

T.T.: If you check the Top 10 box office, action movies, comedies and semi-pornographic films. Complete nonsense as everywhere else in the world. Therefore we are trying to change that situation by distributing a variety of films.

For example, Kaunas International Film Festival was the first to distribute the Romanian animated documentary Crulic: The Path to Beyond by Anca Damian. With the support of Eye on Films Nadav Lapid’s Policeman became the first Israeli film ever distributed in Lithuania. Other titles are from Scandinavia, for instance Thomas Vinterberg’s The Hunt/Jagten or Babak Najafi’s Sebbe.

Very few German-language films are distributed in Lithuania, so we released Lore by Cate Shortland. We also distributed the LGBT-film Blue is the warmest colour /La Vie d'Adèle by Abdellatif Kechiche and the Croatian comedy The Priest’s Children by Vinko Brešan.

T.T.: Kaunas International Film Festival is an innovative strategy by itself in an area where the film going culture had been destroyed by shutting down not only the distribution system but also the cinemas.

This festival started with the aim of rescuing the oldest cinema in Lithuania, Romuva, which is now taking a big step after a long persistent fight, but we are not afraid to work with new and independent venues.

Another important strategy is educational projects. Kaunas International Film Festival pays a lot of attention to youth programming through all-year-round activities. Of course, every film needs a particular release strategy.

Kaunas International Film Festival launches most of the films during the festival itself which is a platform providing great visibility for films. But throughout the year we use the festival visitors’ contacts and we reach them directly with newsletters and special events of the Festival Club. For example we made a full Abdellatif Kechiche retrospectiveat Kaunas International Film Festival in order to introduce La Vie d'Adèle.

Kaunas International Film Festival is part of the Eye on Films collaboration platform. The festival is also part of the TIDE project that releases films theatrically and on VOD date-and date. TIDE is a grouping which gathers various participants in film distribution. In 2013 its main aim was to release four films, each in about five countries, on day-and-date (simultaneous or quasi-simultaneous release in theatres and on VOD) and with transversal marketing tools. The TIDE experiment was one of three projects selected by the European Commission under its first call for proposals: Preparatory action on Circulation of films in the digital era.

FNE: Are there any challenges implied by these innovations?

T.T.: We need to challenge people’s habits of illegal streaming and make them aware that they need to go to the cinema or to pay if they want to see any art house films in cinemas and on VOD platforms.

FNE: What are the major areas that you focus on? (Theatrical/DVD/VOD/TV distribution, production, exhibition...)

T.T.: The Internet infrastructure is very well developed in Lithuania and in combination with skilled programmers/hackers we have lost a whole generation to illegal downloading. DVD has been dead for a long time due to downloading. VOD is on the way up.

T.T.: Of course, in my opinion Kaunas International Film Festival is the very best platform for launching films. We also use outdoor cinemas for summer releases.

T.T.: It is possible to notice and predict general tendencies from festival responses. When a film gets a good response for instance in Cannes or Berlin, then it is important to think of how it would work locally and not just to follow the flow of the screenings abroad. Here the audience started to follow films awarded at international film festivals only recently.

T.T.: We always decide with our hearts. We do not follow the box office potential. Tabu is a great example; we trusted it and it was also our last film on 35mm. Miguel Gomes was unknown in Lithuania up to that day. In this sense it was a brave choice.

We are also proud of Kaunas International Film Festival because in the last eight years we had equal numbers of female and male directors opening the festival. Maybe it is a very Swedish idea of gender equality [Note: Swedish Film Institute's policy on film support is divided equally between male and female directors]. We try to find a balance between the genders in our acquisitions and we are very proud of buying Anna Odell’s The Reunion/Återträffen and Alice Rohrwacher‘s The Wonders/Le Meraviglie.

FNE: What films have been your biggest hits?

T.T.: A Separation by Asghar Farhadi and The Hunt by Thomas Winterberg in terms of audience. We also had La vie d'Adele, Sebbe, Lore, Tabu which are hits in our eyes because of their quality.

FNE: What are your upcoming releases and how will you promote them?

T.T.: We have three awarded films from Cannes this year: the Palm d’Or winner Winter Sleep by Nuri Bilge Ceylan, the Jury Prize winner The Wonders and the Un Certain Regard prize winner White God by Kornel Mundruczo. It is the second year when we will release the Palm d'Or winner. All in all, it has been hard work. Releases are all about timing. Autumn has become a very busy season in Lithuania lately, full of film festivals.

* Nordic Cinema Group is the Nordic region’s largest cinema group with 65 wholly owned movie theatres with 436 screens and approximately 64,000 seats in six countries – Sweden, Finland, Norway, Estonia, Latvia and Lithuania. Local brands are part of the group: SF Bio, SF Kino, Finnkino and Forum Cinemas in the Baltics. Nordic Cinema Group was established in 2013 through a merger of SF Bio and Finnkino.