Lithuania's Rolandas Kvietkauskas: “We should concentrate on distribution and access to films” Featured 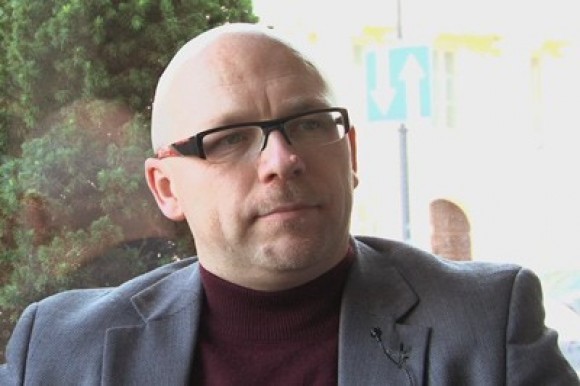 VILNIUS: Rolandas Kvietkauskas, the head of the Lithuanian Film Centre spoke with FNE about the results of the tax incentives scheme launched in January 2014, projects to improve distribution, digitalisation of old cinemas and changing film laws.

The tax incentives scheme launched by the Lithuanian Film Centre in January 2014 may attract 15m EUR worth of film production to Lithuania in 2015. So far the centre granted 23 certificates of qualification - 12 of them for foreign productions - of which nine already received investors certificates. Nine investors invested in six films.

Five applicants have now already tested the incentive. They spent over 3m EUR on film production in Lithuania, while businesses made 600,000 EUR of gratuitous investments into these projects. Applications came from a range of countries, including Lithuania, the UK, Finland, Russia and Germany.

FNE: Are you happy with the tax incentives scheme so far?

Rolandas Kvietkauskas: To be honest, I was more unsure about the results when we started. This is because all new scheme systems need time, but today I can say that we are very satisfied with the first results, because until now we received more than 20 applications, about half of them international, half of them national. We have already issued nine investors certificates.

We currently have a big BBC production, War and Peace directed by Thomas Francis Harper, shooting in Lithuania for about 18 weeks. They already shot in Russia and Latvia and they are shooting the most in Lithuania. I cannot say at the moment how much money they will spend here, but it's a few million euros.

Other projects which use the scheme were screened at Meeting Point Vilnius 2015 as part of the Vilnius Film Festival; the Finnish-Lithuanian coproduction 2 Nights Till Morning. We also had a Spanish production which was shot in 2014. We had another project, The Eichman Show by Paul Andrew Williams, made for the BBC by an independent producer. There were also one Russian production and one Italian production.

FNE: Did they meet your expectations?

R.K.: Yes. Most of those films are really high-quality films. It's not only art house as there is also some TV drama for a wider audience. These are good quality films which help our crews and services providers develop their skills. We are happy that bigger productions came as well, not only from the point of view of investment, but also from the point of view of the development of crew quality. Step by step, the trust between the investors and service providers deepens.

FNE: How does the tax incentives scheme work?

R.K.: We have a two steps system. First, a project should apply for the cultural test. From more than 20 projects only one didn't pass the cultural test. After the film received the green light, they go to shoot and come back with a report. Those nine projects finished shooting 100%. Part of the rest of them are still in the shooting process and I think that most of them will come back with their final reports. The call for application is still open. The only requirement is that after the certificate of eligibility is given, they need to start shooting within six months.

FNE: Are you happy with Lithuanian cinema as it is right now? You produced more films in 2014 than in 2013.

R.K.: We are happy with last year's results. Altogether we had 14 Lithuanian films distributed in cinemas. Not all of them were supported by the state, but all of them got 23% of the box office. It happened gradually. In 2013 it was a little bit more than 16%, before that it was less than 10%, and before that it was a little bit more than 2%. The change happens when the cinemas can suggest both commercial and art house films to the audience. Earlier we were perhaps more dependent on one blockbuster, but in 2014 in the top 10 we had four Lithuanian and six US films. Lithuanian films tend to take audiences away from US films, not from European films. The share of European films remains more or less the same.

What is very important is that today we should concentrate on distribution and access to the films, because the audience is now used to getting Lithuanian films in theatres, now they also want a bit of quality and interesting films.

FNE: How can you help the filmmakers to make these kinds of films?

We have now started to work on a new support scheme which will help national film distribution in Lithuania. Domestic films distribution was never supported by the state in the past. Until now we mainly supported travelling to festivals, international premieres and so on.

FNE: Do you know how much bigger this funding will be?

R.K.: Not yet. We are talking with the sector about the model, how it should work and which part of the chain needs support - the producer, the distributor or the cinema, and after those talks finish, we will start to plan the amount of resources and what we are going to support.

FNE: Can you say right now if you will take that money from the film production or from the festivals?

R.K.: No, we will not. I hope we will get more funding. Today we have general political support for that scheme, so we'll see.

FNE: Lithuania's Film Cluster is planning a project for the digitalization of 30 old cinemas and the Lithuanian Film Centre is also involved. What can you do?

R.K.: Actually, the project has a lot of aspects. Just recently the report of the research done by Vilnius Film Cluster was presented. We know that about 50% of the population has no physical access to cinema. This has far to go and is a problem in itself already, but from the industry point of view, that is a space where distribution could go further.

And it's not only about national films. It's also about European films, and we see this as a possibility to widen the audience of good cinema. The initiative was to establish the additional network of distribution in places where there is no economical model to enter the market, and no ways of doing this with market resources and market logics.

So we agreed to be part of that. We are discussing funding from structural funds and also from digital services development. We hope that up to 30 new screens will be introduced in the regions which don't yet have cinema access. It's still a work-in-progress and we still have a lot of questions because there is no final decision on the funding bodies of the structural funds, but I hope it will help.

FNE: What other challenges is the Lithuanian Film Centre facing these days?

R.K.: We need to think about some additional resources because today's industry demonstrates quite successful results, even international recognition with some projects, very successful cooperation with our partners, presence in some international festivals, and more than 20% of national box office, so we could prove a potential of industry. Every centre director or institute director faces the problem of public support, but we really lack it. More projects could be produced or developed. I am sure that if we manage to gradually increase our public funding (because we depend on public funding), that will be the way to improve the situation.

On the other hand we are currently working on a new draft law on cinema which will change some approaches. For example, we want to increase the possibility of independent funding for the film industry, and this could be done by law. That is one of the political challenges. We want to change some in-house rules which are currently stated in the law like different ways to evaluate projects for example. We started this work and we still have a long way to go.

FNE: When do you think that these changes will be approved?

R.K.: The optimistic plan is that we will have the first reading of the draft law in Parliament in autumn 2015. But we only have the first draft of the draft... As I said, we have a wish list which sometimes contradicts itself so we are in the process of eliminating contradictions.

FNE: So this new law will create more opportunities for independent producers to get funding?

R.K.: We hope so. We would like to suggest some new sources for funding. The industry suggests that we should get more funding from other industry areas than cultural events. The industry would like to see us as an operator of those programmes. Apparently another new body like the Lithuanian Arts Council is taking care of that, so people believe that it will be more appropriate to have all the money for film culture - not only for film production or promotion, but also for festivals and educational programmes, at the Film Centre and not at the Arts Council.