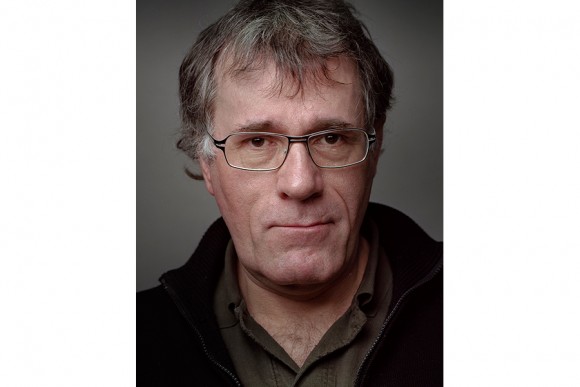 Philippe Ros is a Cinematographer, AFC and Digital Imaging Supervisor. He was Digital Imaging Supervisor on Home directed by Yann Arthus-Bertrand. For television, he was the cinematographer of the first five seasons of the series Kaamelott, directed by Alexandre Astier. One of his recent film, Oceans, directed by Jacques Perrin and Jacques Cluzaud, involved a 75m USD production lasting six years, including 345 weeks of shoot spread over 3 years and a half, with seven teams. Ros worked as technical supervisor of the cinematography, while also drawing on his knowledge of new developments relating to digital cameras.

FNE : What are the most important benefits of DPC II workshop?

Philippe Ros: The last survey showed that the workshop was much appreciated. Through the case studies, the expertise of projects and the technical focus, DPC II gives all participants a large overview of the different issues of digital workflows and the broad range of solutions to deal with them.

In my opinion, the benefits come from the change of perspective given to producers, postproducers, production managers, and now with DPC II version, to filmmakers and cinematographers. They realize that only the creation of strong links with the main actors of the whole process constituting the ‘’workflow team’’ can provide budgetary and artistic solutions.

DPC II put a lot of emphasis on the fact that each film, especially the ones with low or medium range budget, has its own history which leads to the building of a specific preparation. DPC II gives participants a methodology to face the new type of challenge created by the digital world and, because it gathers different mentors such as producer, postproducers, cinematographers and DIT’s, it allows the participants to meet the consistency and efficiency of a ‘’workflow team’’.

FNE: Why is a training workshop on digital workflows is still necessary in 2015?

Philippe Ros: The digital era has fast become the world of never ending new approaches and new solutions. All camera manufacturers, all postproduction software engineers are delivering, every three or six months, new products, new upgrades. Some are fantastic, some are very useful, most will fade away or get zapped with the general indifference of the users.

There’s no good or bad cameras, there‘s no good or bad software, there’s only good or bad choices. The issue is not to be lost in this maze. You can work with known and reliable workflows, but can all films be done in the same way? Obviously not.

So it is worth starting with good meetings with the right professionals at the right moment to design its own workflow. DPC II points out the importance of organizing these links between the key elements. But you need to know which key questions you have to ask them. Not a single expert can give a solution, only a group of professionals can find the way to respond to specific director’s demands and to be cost-effective.

FNE: What are the challenges of working digitally based on your experience as a DoP?

Philippe Ros: Nowadays a cinematographer can’t work without the strong collaboration of a colourist and a postproduction manager and in many cases of a good DIT especially if he’s not accustomed in working with some brands of cameras. It’s impossible for a cinematographer to know all cameras as well as for a colorist to know all new file formats.

There are many legends with the digital world, it is simpler, it can be done with less people…It is sometimes true when the workflow has been established with the check and agreement of the key technicians. It is just a nightmare for the cinematographer to work with a workflow which hasn’t been tested. A cinematographer or a colourist which doesn’t have time to test a new camera or a new grading system, a new Codec, is blind, sometimes without knowing it just before starting the shooting or before entering the grading suite.

The challenge is to be sure that everybody understands the assets and issues of the digital processes. Shooting huge amount of data can solve a film production with children, it can also create a serious traffic jam of data in post.

One other legend is: it will be fixed in post. VFX, post tools can create an infinity of solutions, only if they have been chosen before the shooting. One thing we have lost with digital is the key moment of the screening of the rushes, when directors and all technicians met and faced their works. Strangely, while HD screening on set becomes less and less expensive, this important meeting is very rare in the new production processes. When looking at very good monitoring on set, you can think that the acting is perfect or the lighting is amazing. It is very often an illusion. Only time is providing the way to step back and to take the right decisions.

Cinematographers often fight the belief that digital is suppressing time boundaries and is allowing the main actors to work alone. On the contrary, the digital era entails concentration and openness.

FNE: Are there working differences in Europe in terms of cameras and digital workflow?

Philippe Ros: The difference comes essentially from the way digital processes have been welcomed in each country. Some countries have jumped from film to file based systems without using the tape recording systems. Some cameras are more popular than others. Some countries were more conservative and didn’t anticipate the closing of film labs. Some less rich countries use digital cameras that are too simplified without realizing that the costs in post will increase.

One great advantage of DPC II is to give a unique perspective on many different ways to produce films in the world. Economic constraints force producers, filmmakers and technicians to find smart, simple, efficient solutions especially in a world of multi-platform distribution.

FNE: As DPC became multi-disciplinary are there really chances for professionals to work more closely on these issues - not only producers and directors and DoPs, but also with distributors, sales agents, etc?

Philippe Ros: Training is something which becomes more and more popular and sharing the information becomes mandatory for most of the players if they want to continue shooting with efficiency.

We have reached the point where we can radically enhance digital imagery to improve the look of a film, but we still have very significant unchartered waters to navigate. So at DPC II, the educational purpose is mainly focusing on the importance of teamwork.