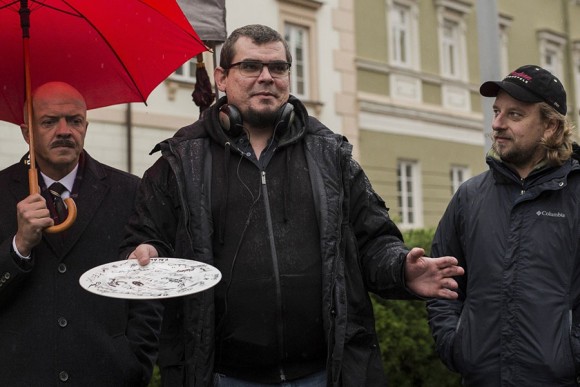 VILNIUS: Director Emilis Vėlyvis started shooting the third part of his famous trilogy Zero III with Kino Kultas producing. The previous film in the trilogy, Zero 2 (2010) is the most popular film of all time in Lithuania.

„Although it‘s a black comedy where everything is hyperbolised, part of today's reality is distiguinshable. Lithuanian world of politics is so black and so strong that it would be a sin not to take the most interesting things out of it. I believe that in this film many politicians, journalists, chief executives and officers will recognise themselves. I‘ll talk about everything so openly and so realistically, that I seriously think that after this film I‘ll be forced to emigrate“, joked the director Emilis Vėlyvis.

Zero III is supported by private sponsors. Shooting started on 7 October 2016 and is scheduled to wrap in Vilnius at the end of November 2016. The premiere is planned for 27 January 2017.

Vėlyvis is known for his crime comedies Zero (2006), Zero 2 (2010) and gangster action comedy Redirected (2014, Kino Kultas, Wellington Films). Zero II was the most profitable Lithuanian box office hit of 2010 with 71,000 admissions, while the Lithuanian/British coproduction Redirected sold over 322,000 tickets in Lithuania since its release in January 2014.