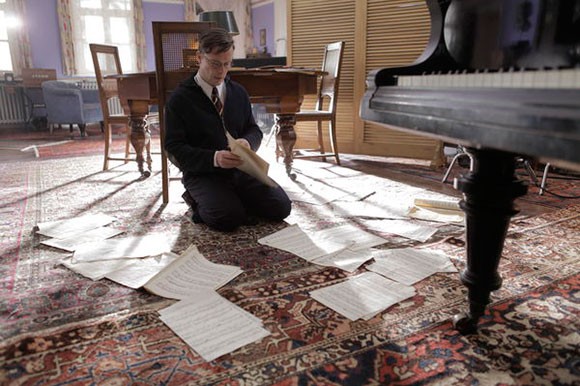 During the Leningrad Blockade the conductor Karl Eliasberg received a surprising assignment by radio producer Yakhov Babushkin: surrounded by hunger, cold and death, Eliasberg must conduct Shostakovich’s 7th Symphony with his surviving orchestra. Against all odds he accomplishes the impossible, and for a short moment the war is interrupted by the sounds of the Leningrad Symphony wafting through the city all the way to the German trenches. It is the heroic story of Leningrad’s radio crew and the symbolic triumph of art over the savagery of war. The 75th anniversary of the beginning of the Leningrad Blockade was on 8 September.

The television broadcast is planned for 2017 in Germany.

Lithuanian National Radio and Television
This email address is being protected from spambots. You need JavaScript enabled to view it.
www.lrt.lt