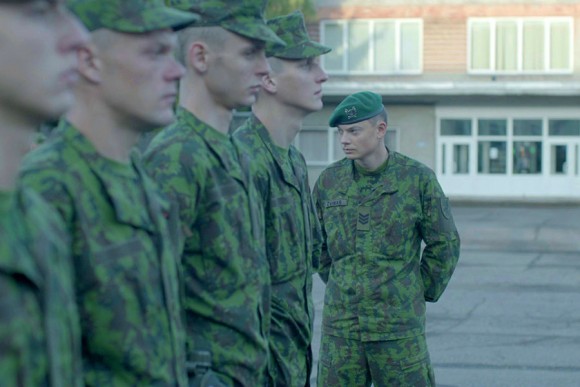 Waiting for Invasion by Neringa Medutyte

VILNIUS: Documentary Waiting for Invasion by Neringa Medutyte will wrap shooting in December 2016, with the premiere set for the first quarter of 2017. The film is a coming-of-age story about two young Lithuanians conscripted in case of a Russian aggression.

“I wanted to tell the story of my small country, Lithuania, which has to live under constant Russian aggression. My film focuses on two young conscripts, who are still carrying the tragic burden of 50 years of Soviet Occupation, which touched every Lithuanian family including my own, and who are learning to prevent it from happening again,” says Neringa Medutyte.

After Russia annexed Crimea and fueled war in Eastern Ukraine, the Lithuanian President Dalia Grybauskaite announced that her country is at risk of a Russian attack and she brought back military conscription. The aim was to create a fighting force that could hold back a Russian invasion for just long enough, 72 hours, for NATO troops to arrive.

Waiting for Invasion is produced by James Rogan through the London-based Rogan Productions in coproduction with Lithuania’s In Script, a company run by Lukas Trimonis and Egle Vertelyte.

Medutyte received her MA in Directing Documentary from the prestigious National Film and Television School (NFTS) in the UK. Her film Today and Yesterday was presented at BAFTA by NFTS as a “Future Star of Tomorrow”. Her documentary Together received the Royal Television Society Wales Student Award. She also holds a BA in Journalism and classical art school diploma, and before turning to documentaries she worked as a journalist in current affairs and business.