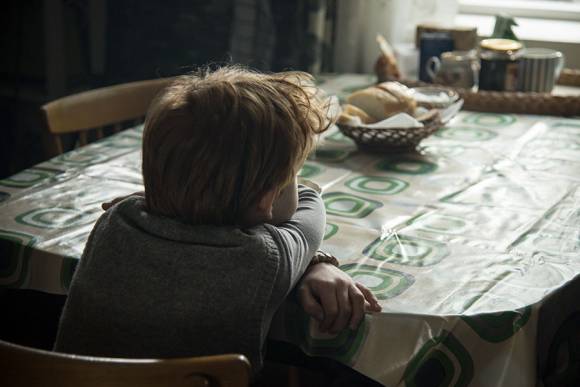 Breathing into Marble by Giedrė Beinoriūtė

Lithuanian film industry was well in 2016 with films selected for major festivals such as IDFA, Berlin, Busan, Karlovy Vary, Visions du Réel, and international productions flocking in after the launch of the incentives scheme in 2014.

In 2016 Lithuania was a guest country at the 46th Kiev International Film Festival Molodist and at the 15th Transilvania IFF. Swiss documentary festival Visions du Réel also focused on documentaries from Lithuania. With the support of the Lithuanian Film Centre domestic films were screened at 60 international film festivals worldwide.

In 2016 the Lithuanian Film Centre supported the production of 12 feature films, 13 documentary and animation film projects, as well as the preproduction of 22 films, the distribution of 52 films and the development of 15 projects dedicated to the 100th anniversary of the Lithuanian state. The 2016 budget was 2,642,281 EUR, with 500,000 EUR more than in 2015.

Cooperation between Lithuania and the Ukraine has reached a steady pace in the last five years. Mantas Kvedaravičius, who made the documentary Mariupol in 2015 (a portrait of an Eastern Ukrainian city under siege), shot his debut feature Stasis in 2016. The film was produced by Studio Uljana Kim (Lithuania) in coproduction with ESSE Production House (Ukraine) and Rouge International (France).

In 2016 Giedrė Beinoriūtė shot Breathing into Marble / Kvėpavimas į marmurą based on a novel by Laura Sintija Černiauskaitė. The film was produced by Lithuania’s Just a moment in coproduction with Croatia‘s Aning Film and Latvia’s Mistrus Media.

In January 2016 Marius Markevičius started shooting the WWII drama Ashes in the Snow / Tarp pilkų debesų, based on the bestseller Between Shades of Gray by Rūta Šepetys. The film is an Lithuanian/American coproduction involving the U.S.-based companies Sorrento Productions and Super Crispy Entertainment, and Lithuania‘s Tauras Films.

Popular Lithuanian director Emilis Vėlyvis finished his new project, the thriller The Night Guards / Nochnyye Strazhi, in 2016. The film is an urban fantasy about a courier and a gorgeous vampire, involving the Russian production companies Sputnik and Mars Media. In 2016 Vėlyvis also shot the third part of his famous trilogy Zero III with Kino Kultas producing.

The first coproduction between Lithuania and Brazil, the documentary El Padre Medico / Aleksandras Didysis, by director Vytautas Puidokas, was also shot in 2016.

In 2016 Nikita Mikhalkov‘s Russian production company Three T Production and local company Artbox shot the feature film Going Vertical in Lithuania. The film follows the USSR basketball team that won against the American team for the first time in history in 1972.

Lithuanian films had a tremendous year at festivals. The debut feature by Andrius Blaževičius The Saint / Šventasis (produced by Lithuania’s M-films in coproduction with Poland’s No Sugar Films was selected for the Warsaw International Film Festival and the Busan International Film Festival, the documentary Mariupol by Mantas Kvedaravičius premiered in Berlinale‘s Panorama, Together For Ever / Amžinai kartu, directed by Lina Lužytė and produced by Just a moment, premiered at the Karlovy Vary IFF, Audrius Stonys' The Woman and the Glacier / Moteris ir ledynas was selected for the IDFA, while Romas Zabarauska’ queer road movie You Can't Escape Lithuania / Nuo Lietuvos nepabėgsi was awarded best narrative feature at the Bushwick Film Festival.

I‘m Not from Here / Aš čia tik svečias by Maite Alberdi and Giedrė Žickytė was nominated for the European Film Awards in the European Short Film category. The film received many awards in 2016 including the Sesterce d’or Fondation Goblet for best short at Visions du Réel, Nyon.

ACME Film, which was established in 1999 and is still the largest film distributor in the Baltics, distributes movies from Sony Pictures, Warner Bros., Lionsgate/Summit Entertainment and numerous other independent producers. The company distributes the films theatrically, on DVD, VOD and to TV stations.

Garsų Pasaulio Irašai (GPI) is the largest video distribution company in the Baltics, being also the exclusive distributor of Sony Pictures HE in the Baltics. In 2016 GPI distributed commercial and art house films, and also domestic films such as Seneca’s Day / Senekos Diena directed by Kristijonas Vildžiūnas and King’s Shift / Karalių pamaina directed by Ignas Miškinis and produced by Tremora and Film Angels Production.

There are 79 screens in Lithuania, which is too small a number, according to the Film Center, in order to provide access to films in smaller cities. The pan-Scandinavian Forum Cinemas, owner of the largest chain of movie theaters in the country (76% of the market share), has six multiplexes with 40 screens, all fully digitalised since 2012. In 2016 Forum Cinemas joined the NCG group.

The Polish-owned multiplex Multikino in Vilnius has seven screens with 1,673 seats. Baltic Multiplex Ventures, which is the owner of the Cinamon multiplex in Kaunas, invested 1.6 m EUR in its five screening rooms with over 1,000 seats.

Kino Pasaka, which was founded in 2009 as an art house movie theater in Vilnius and is still the only private art house cinema in Lithuania, offers two screens, a VOD platform and also distributes films in Lithuania and the Baltic states. Its VOD platform e.kinopasaka.lt was launched in September 2016.

„It is the first and the only Lithuanian TVOD platform on the internet, so we are still observing what is happening and the impact of it. It’s too early to talk about the income, but we are very happy to admit that overall results have exceeded our expectations. Still, we have to improve many aspects of this project so as to become part of the business”, Greta Akcijonaitė, the co-owner and manager at Kino Pasaka, told FNE in 2016.

The most profitable Lithuanian movie at the national box office in 2016 was Tarp mūsų berniukų, directed by Kęstutis Gudavičius, produced and distributed by Incognito films. The film had 202,951 admissions and 1,007,464 EUR gross since its premiere on 1 January 2016.

The sequel to the film Gautas iškvietimas 3 directed by Tadas Vidmantas, produced and distributed by Vabalo filmai, had 134,270 admissions and 689,335 EUR gross since its release on 7 October 2016.

The comedy Patriots / Patriotai directed by Alvydas Šlepikas, produced and distributed by Singing fish, had 55,091admissions and 267,229 EUR gross.

Seneca’s Day / Senekos Diena, directed by Kristijonas Vildžiunas and distributed by Garsų Pasaulio Įrašai (GPI), was released on 30 September 2016 and had more than 4,873 admissions and over 20,447 EUR gross until the end of 2016.

Annual state support for film industry in 2016 was 3,519,000 EUR, coming from the Lithuanian Film Centre.

The Lithuanian audiovisual industry depends on funds from the Lithuanian Film Centre, private funds, coproducing with foreign companies and pan-European film support initiatives such as the MEDIA Programme and Eurimages.

The Lithuanian Film Centre was launched in 2012 and is headed by Rolandas Kvietkauskas. The long awaited LFC was set up after an extensive lobbying by the Lithuanian Independent Producers Association and Filmmakers Union. It has had a huge impact on the local industry, which previously lacked a central body to represent it. The LFC primarily finances development and production.

The Lithuanian Film Centre primarily finances up to 50-75% of development or production, and up to 75% of low budget or experimental films. France, Germany, Estonia and the Ukraine are among the leading coproduction partners.

Lithuanian production companies are typically small in size and focus on producing features or documentaries. In 2016 Lithuania produced 21 feature films, with an average budget up to 750,000 EUR.

In 2016 the Lithuanian Film Centre supported the production of 12 feature films, 13 documentary and animation film projects, as well as the preproduction of 22 films, the distribution of 52 films and the development of 15 projects dedicated to the 100th anniversary of the Lithuanian state. The 2016 budget was 2,642,281 EUR, 500,000 EUR more than in 2015.

Since 1 January 2015, the Act amending the Law on the Lithuanian National Radio and Television came into force. This act bans commercial advertising on all LRT radio and TV channels, but provides more sustainable funding from the state budget. The assigned funding is based on the state budget revenues from the income tax and the excise revenues received in two previous years. Its operations are overseen by the LRT Council. LRT joined the European Broadcasting Union (EBU) in 1993.

TV3 is a television channel owned by Modern Times Group (MTG, Sweden) and targeted at a Lithuanian-speaking audience. It was founded on 7 May 1992 and launched on 11 April 1993 as Tele-3, before becoming TV3 on 8 June 1997.

LNK TV, also known as Laisvas ir Nepriklausomas Kanalas ("Free and Independent Channel"), is one of the major commercial TV channels in Lithuania. It was founded in 1995 as part of MG Baltic Media. It has four sister channels: TV1, Info TV, Liuks! and BTV.

Lietuvos rytas TV is a Lithuanian entertainment channel founded in 2008 and airing approximately 55% international programmes. In 2008 Lietuvos Rytas TV replaced the Lithuanian station Penktas Kanalas and it is part of the Lietuvos Rytas Media Group.

Launched in 2002, TV6 is a Lithuanian terrestrial, satellite and cable television channel owned by the Nordic television company Viasat.

On 31 October 2016 the Lithuanian National Television started to broadcast the 12-part historical drama Volunteers. The Price of Freedom / Savanoriai. Laisvės kaina directed by Saulius Balandis and produced by Videometra.

Also in 2016 TV3 aired season nine of the most popular Lithuanian TV series Women Lie Better / Moterys meluoja geriau, directed by Raimundas Banionis and Mykolas Vildžiūnas, and produced by Videometra. Women Lie Better is the most popular Lithuanian drama of all time and it is based on a novel by Daiva Vaitkevičiūtė. The series follows four young women and their love interests.