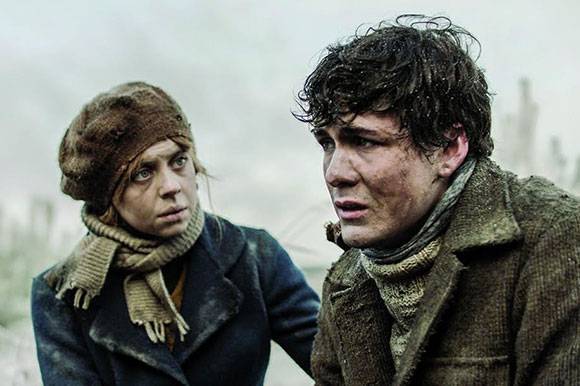 Ashes in the Snow by Marius Markevičius is among the most awaited films in 2017 in Lithuanian cinema's as well as worldwide.

VILNIUS: A total of 25 film projects from 21 countries are being presented at the 8th international film industry event Meeting Point – Vilnius, taking place on 5 April 2017.

The projects were selected from more than 50 applications from the Baltic States as well as Central and Eastern Europe countries, including Lithuania, Latvia, Estonia, Georgia, Ukraine, Hungary, Slovenia, Slovakia, Romania and Bulgaria. The projects will be presented in two categories: Coming Soon from Baltics and Coming Soon New Talents.

The best film projects will be picked for the industry screening at Cannes Marche du Film. 20 minutes excerpts of selected winners will be shown in "Vilnius IFF Goes to Cannes" session at this year’s Cannes film festival.

The winners will be selected by the international Jury which consists of Marie-Pierre Valle (Head of Acquisitions of Wild Bunch), Nikolaj Nikitin (Berlinale delegate for Eastern and Central Europe) and Guillaume de Seille (Arizona films producer).

In addition, nine films will be presented in the Industry Screenings which runs through 6 April.