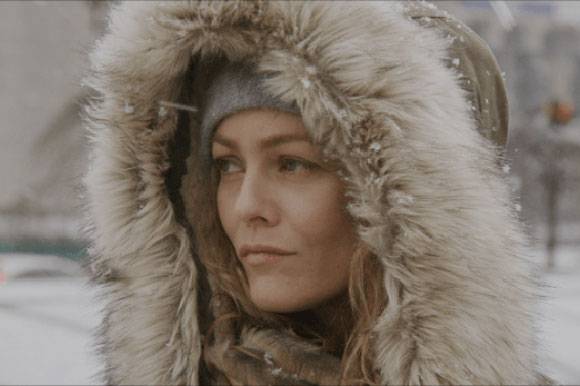 VILNIUS: Frost / Šerkšnas by Sarunas Bartas has been chosen as the official candidate from Lithuania for an Academy of Motion Pictures Arts and Sciences nomination in the Best Foreign Language Film category. The film is a Lithuanian/Ukrainian/French/Polish coproduction.

Filmed during a complicated expedition to the front lines of the Ukraine, Frost tells the story of Inga and Rokas carrying aid from Vilnius to the Ukraine. At the line of engagement in Donetsk, the young couple, raised in the independent Lithuania without the experience of war, quickly realise the feelings of people in the face of hatred, aggression, violence and ruin.

The film was produced by Studija Kinema in coproduction with KinoElektron, Insight Media/Tato Film, Donten & Lacroix Films, KNM and Reborn Production. It was supported by the Lithuanian Film Centre.

The film premiered in the Directors' Fortnight section at Cannes in 2017. Luxbox is handling the sales.