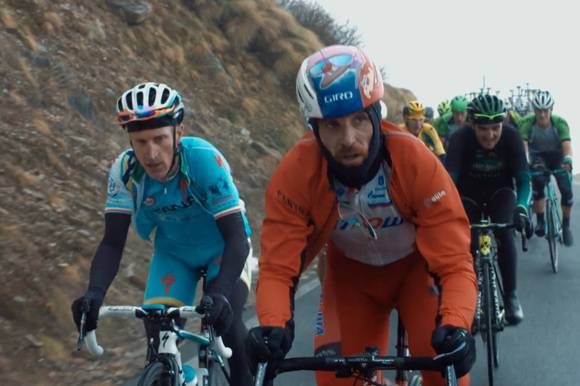 VILNIUS: Arūnas Matelis’ documentary Wonderful Losers: A Different World has been selected as Lithuania’s entry for the Academy of Motion Picture Arts and Sciences’ award in the best foreign language film category.

The film tells the story of people in one of the world’s most prestigious cycling competitions, Giro d’Italia, focusing on the so-called “gregories”, cyclists who go through tremendous challenges in order to assure victory for their team’s leader.

Wonderful Losers: A Different World / Nuostabieji lūzeriai. Kita planeta was made in eight years and it has been one of the most successful Lithuanian films in recent years.

The documentary is a coproduction between Lithuania, Italia, Belgium, Switzerland, Ireland, Britain, Spain and Latvia, and it was produced by Studio Nominum in coproduction with VFS FILMS, Stefilm International, Associate Directors, DOKMobile, Dearcán Media, Planet Korda Pictures and SUICA. The project was supported by the Lithuanian Film Centre.

In 2008 another documentary by Matelis, Before Flying Back to Earth (a German/Lithuanian coproduction between Tag/Traum, Nominum and ZDF), was also selected as Lithuania’s Oscar bid in the best foreign language film category.