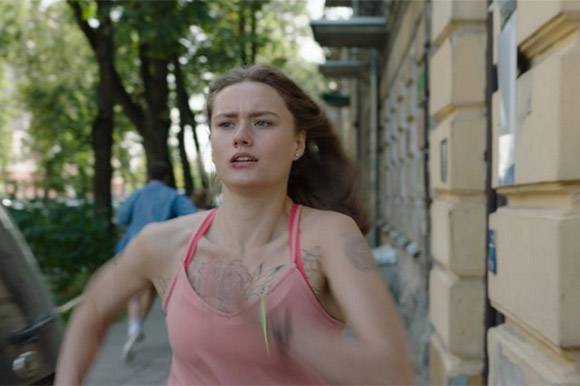 VILNIUS: Lithuanian director Andrius Blaževičius is in postproduction with his second feature film Paralysis / Paralyžius. Principle photography in Lithuania started on 15 July 2019 and wrapped on 25 August 2019.

The central character, 27-year-old Marija, is on a frantic search for her boyfriend, who is on the loose during his latest psychotic episode. She chases down random clues throughout the city. Paralysis is a film about sacrifice, love and freedom. According to the producers‘ statement, „The director is interested in how these two topics intersect, and how they come from responsibility and self-sacrifice for other topics. Due to the aggressive foreign policy of Russia, the conflicts of Soviet and modern thinking in Lithuania, in the director’s opinion, the topic of personal freedom is relevant as never before. Due to the still stereotypical attitude in Lithuania that a woman is the ‚weaker gender‘, the choice of a woman as the main character in the film about freedom is necessary. Meanwhile, love in the film is the main answer to all the challenges facing the modern man.“

The film has received 500,000 EUR production support from the Lithuanian Film Centre.

The theatrical release is planned for 2020.

M-FilmsM-Films
Marija Razgutė
This email address is being protected from spambots. You need JavaScript enabled to view it.