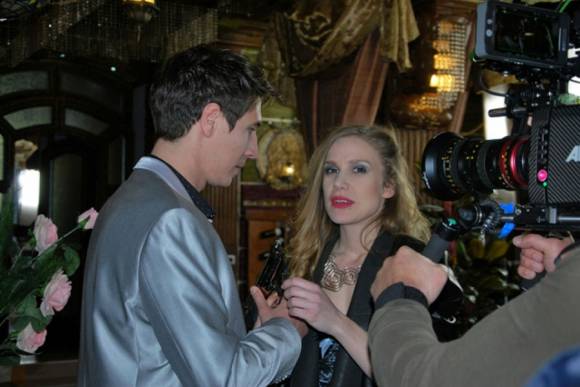 Oh, My Love by Kole Angelovski

Oh My Love / Ah ljubov moja is a Macedonian domestic film produced by Award Film&Video. It was financed by the Macedonian Film Agency with 233,660 EUR / 14,300,000 denars.

The film tells the story of a famous singer, who travels to a remote hotel to rest after a successful tour and tumultuous emotional problems following a breakup. While there, she runs into a former lover and everything goes wrong. The cast includes actors: Nina Dean, Atanas Atanasovski, Marija Kondovska, Aleksandar Mikic, Sonja Stambolziovska, Krste Jovanovski.

Robert Jankulovski is the director of photography, with set design by Ilina Angelovska and costiumography by Rade Vasilev and Lira Grabul. Postproduction was handled by Quasar Film.

Award Film& Video
www.award-film.com
This email address is being protected from spambots. You need JavaScript enabled to view it.