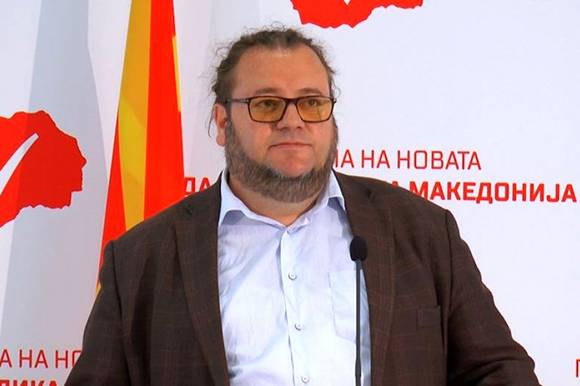 SKOPJE: Skopje based researcher, cultural manager and culture critic Robert Alagjozovski was appointed as the Minister of Culture under new Prime Minister Zoran Zaev. He succeeds Elizabeta Kanceska-Milevska, who ran the Ministry of Culture since 2008.

Born in 1973, Alagjozovski graduated from the Faculty of Philology of the Ss. Cyril and Methodius University in Skopje and holds a master's degree in literature. He is a PhD candidate at the Faculty of Economics in the field of cultural management. He is also the author of five books and dozens of literary studies, essays and articles in the field of philology, theater, film and cultural policies.

Robert Alagjozovski is a regular participant in symposiums, seminars and summer schools on topics of modern art, film and theater. He is a member of the Independent writers of Macedonia and on the editorial board of Sarajevo notebooks. He has been involved in many cultural and youth based projects: on cultural decentralisation, inter-cultural, regional or international cooperation. He is also a translator from English, Croatian and Serbian languages and editor of the publishing house Goten Publishing.

“The main goal of the programme, in the part of culture, is cultural democracy, solving the accumulated problems and reform, libertarian and European Macedonia”, Minister Alagjozovski told the local media.