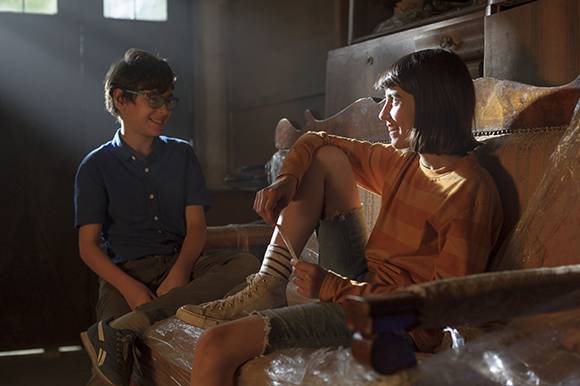 BELGRADE: Serbian director Raško Miljković’s debut feature Which Hunters / Zloginje is currently in postproduction, with the release set for February 2018. This Serbian/Macedonian coproduction is a children film shot from May to the end of June 2017.

Marko Manojlović and Miloš Krečković penned a story about a ten-year-old boy with partial cerebral palsy, who prefers to live in his imagination than to face the real world. A new girl comes to his class and the two of them strike up a friendship through which the boy will help the girl to separate her father from the clutches of her stepmother, whom the girl believes is a witch and has put a spell on him.

Jovana Karaulić is producing through Akcija Production in coproduction with Macedonia’s Dream Factory. The budget is around 500,000 EUR with Film Center Serbia funding up to half of it with a grant of 247,000 EUR. The Macedonian Film Agency is also supporting with 47,077 EUR, MEDIA sub-programme Creative Europe with 30,000 EUR. The Ministry of Education of Republic of Serbia and The City of Belgrade are also supporting the project.

The film won the Best Pitch Prize at Kosovo’s Pristina Film Festival in 2016 and Best Pitch Award in the national selection at the coproduction market FEST Forward in 2017, held during the Belgrade International Film Festival.

The film will be released in Serbia by Taramount Film.

Akcija Production
This email address is being protected from spambots. You need JavaScript enabled to view it.

Dream Factory
www.dfm.mk
This email address is being protected from spambots. You need JavaScript enabled to view it.