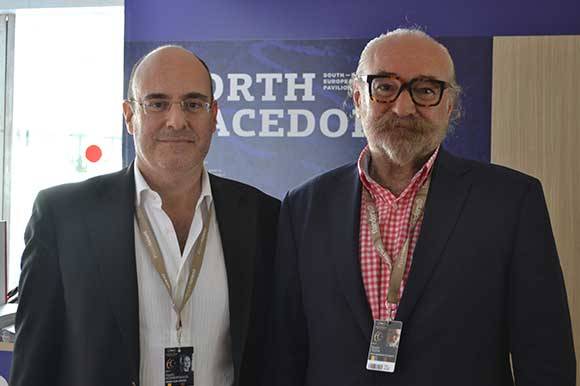 CANNES: The North Macedonia Film Agency announced a meeting of its CEO with the head of the Greek Film Center during the Cannes Film Festival.

Gorjan Tozija, head of the North Macedonia Film Agency, met with his counterpart from the Greek Film Centre Mr. Vassilis Kosmopoulos at the Macedonian stand and congratulated them on their entry into the European Film Agency Director’s Association.

The meeting was the first official introduction between the agencies, with both sides agreeing on a willingness to overcome the effects of 20 years of disputes and laying the foundation for future communication and cooperation between their countries.

There were also talks of specific projects and initiatives to be established and a calendar of activities to be carried out in the following two months.