PRODUCTION: French/Belgian/Macedonian Coproduction To Be Shot In North Macedonia Featured 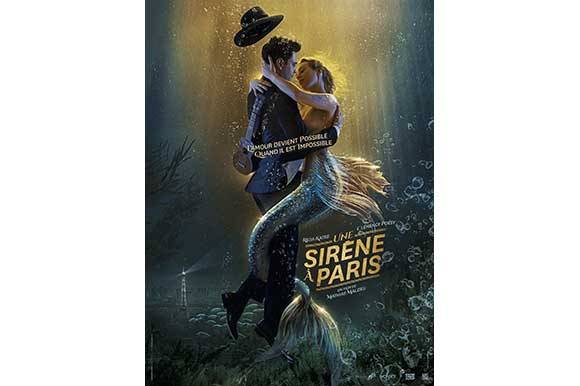 A Mermaid in Paris by Mathias Malzieu

The main characters are played by Nicolas Duvauchelle and Marilyn Lima, and the cast includes Rossy de Palma, Virginie Ledoyen and Eric Cantona.

A Mermaid in Paris is an impossible love story between a man (Nicolas Duvauchelle) and a mermaid (Marilyn Lima) in contemporary Paris. Gaspard, a man who has gone through breakups, believes he has no more love to give. One day, he crosses paths with an injured mermaid, Lula, by the Seine in Paris, and takes her home to heal in his bathtub, but learns that any man who falls in love with her dies. Initially immune to her endearing charm, Gaspard slowly falls in love with Lula, who also truly falls for him.

The story is written by Stéphane Landowski and Mathias Malzieu based on the book under the same title written by Malzieu.

The film will be shot for six weeks in North Macedonia, a week in Bitola and the surroundings and then in the studios of FX3X in Skopje. After this, two more weeks of shooting in France will follow.

Malzieu's debut film will be released in French cinemas by Sony Pictures Releasing France. French sales agent Kinology is handling the international sales (with around 15 territories having already pre-acquired the film). The film is expected to be released in March 2020.