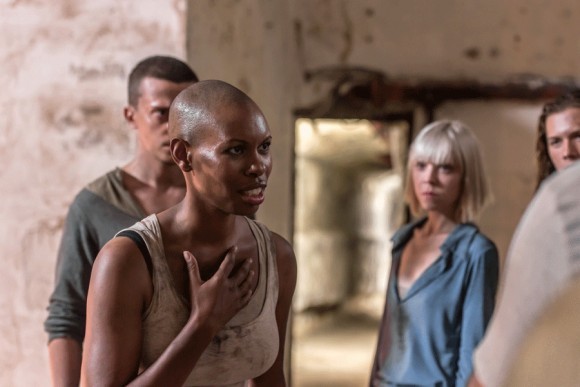 Shooting for Andron - The Black Labyrinth

Valletta: Four major international films have been in production in Malta since August 2014, giving the Mediterranean island nation its most ambitious season ever.

Malta Today reported that the historical epic Clavius, which is directed by Kevin Reynolds and stars Joseph Fiennes and Tom Felton, will bring 6 m EUR to Malta.

The most recent project to go into production on Malta, the CBS miniseries The Dovekeepers produced by Roma Downey and Mark Burnett, is another historical production set in the first century, with Malta being used as a location to recreate the siege of Masada in Israel.

The highest profile film shooting in Malta is the Brad Pitt-Angelina Jolie starrer By the Sea with Malta standing in for France in the 1970’s. The film is expected to boost the local economy by 20 m EUR.

The explosion of film production in Malta comes within just a few months of the country’s announcement that it was increasing its cash rebate to 27%, one of the highest in Europe and worldwide. The Malta Film Commission has also hosted training workshops to ensure a sufficient number of qualified film crew professionals to service multiple and large-scale film productions.