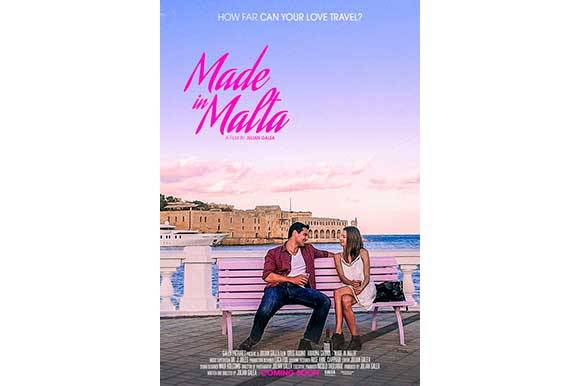 Made in Malta by Julian Galea photo: https://www.madeinmaltamovie.com

VALLETTA: The Maltese/Australian coproduction Made in Malta will have its Maltese cinema release on 8 May 2019.

The film was directed by Australian-born Maltese director Julian Galea and filmed entirely in Malta. Galea wrote, directed and produced the film through his company Galea Pictures.

The film is a romance between an American director and his former Spanish girlfriend, who reunite during a visit to Malta. It stars Greg Audino and Ariadna Cabrol.

The film will open at Eden Cinemas..

Galea’s first film, Love in Paradise, won best film at the Malta International Film Festival. He is now in pre-production with his third film.