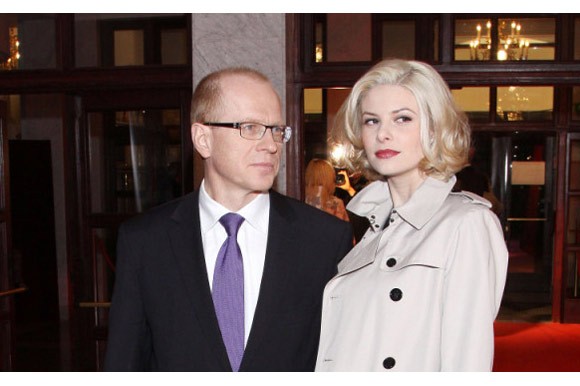 WARSAW: Ludwik Sobolewski has been replaced as the President of Warsaw Stock Exchange following his suspension at the end of 2012 by the Supervising Board for lobbying for financing on a film starring his girlfriend and former office assistant, actress Anna Szarek.

The film, Last Minute directed by Patryk Vega, is a light comedy about a family vacation gone wrong and stars a cast of accomplished Polish actors including Wojciech Mecwaldowski, Aldona Jankowska, Klaudia Halejcio, Olaf Marchwicki and Bartłomiej Świderski. It will premiere in Polish cinemas on 22 February 2013.

Sobolewski's  activity was discovered by the Polish magazine "Puls Biznesu" which published an article revealing that Sobolewski instructed one of his employees to convince companies to co-finance the production.

"The Board of WSE is expressing disapproval over the WSE Board President’s behaviour, who along with his employees was engaged in acquiring means for financing a commercial film production that became the subject of media investigation. It is the Board's opinion that his actions led to a breach in business ethics," the WSE Supervising Board said in a statement.

After Sobolewski's suspension, the Polish Ministry of Treasury took an interest in the matter and pressured the WSE board to replace Sobolewski. The incoming President is Adam Maciejewski, a high ranking employee of WSE who has been with the company since 1994 and held significant positions including the Director of Quotation Department and the Director of Market Development.

Sobolewski joined the WSE in 1994. He became the President in 2006 and is considered to be responsible for putting the Warsaw Stock Exchange on the international financial map. He defended his actions regarding Last Minute, saying he did not see any breach of professional ethics.

"The production of the film wasn't connected to any financial gain for me personally. It could only lead to a personal benefit, as it was an interesting professional proposition for my life partner," Sobolewski said in an official statement. The former President met Szarek through his job, where she was his assistant.