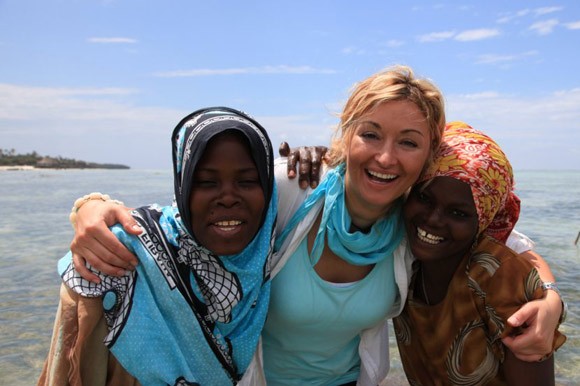 Kobieta na krańcu świata (Woman at the End Of the World)

WARSAW: Polish private broadcaster TVN told FNE that it has sold eleven of its original productions to 25 countries in Europe and Asia.

The best-selling titles are the drama series Przepis na życie (Recipe For Life) and the travel documentary series Kobieta na krańcu świata (Woman at the End Of the World).

Woman at the End of the World hosted by Martyna Wojciechowska will be broadcast by Fox in France and Spain as well as the public broadcaster in Latvia.

All seasons of Recipe for Life were bought by a Chinease broadcaster CCTV which will air the show for over a billion Asian viewers. The production was also bought by the Hungarian public broadcaster Magyar Televízió. The show will also be aired in Georgia, along with another TVN production, the drama series Magda M.

One of the most successful Polish formats is Kryminalni (Crime Detectives). TVN told FNE that the rights to the format were bought by Endemol Neovision for its Russian subsidiary Weit Media for a Russian version. The Lithuanian broadcaster LNK also bought the rights to create a local production based on TVN's format.

Apart from the successful series, TVN's feature production, a romantic comedy Love and Dance directed by Bruce Parramore and produced by the station in 2009 has been very successful on the foreign markets. In 2013 the film will be broadcast in France, Switzerland, China, the Ukraine, and the Balkan region.