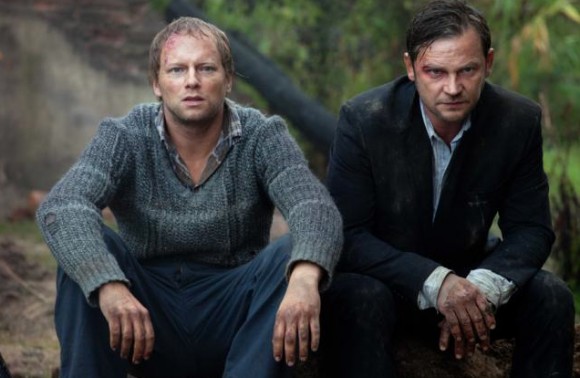 WARSAW: Aftermath, a daring drama that has ignited public discussion, and with an equally dramatic production background, received seven nominations for the Polish Eagles. The film is emerging as the most successful Polish coproduction of the year.

Aftermath is the story of two brothers who discover that their home village was the site of a Jewish pogrom during WWII. Not only do the two men have to face the dark secret of their community's past, but also must decide if keeping the family and national pride is worth sacrificing the truth about a terrible tragedy. The film caused a rise in social and political discussions about the Jedwabne pogrom and the issue of cinema exploring topics connected to painful episodes in Poland’s past.

Aftermath was shot in June and August of 2011, after almost seven years of struggling to get this story on to the screen. It was well received at the first screenings in Gdynia, winning the Journalist's Choice Award.The film premiered in Poland on 9 November 2012, distributed by Monolith Films.

Pasikowski is currently working on his new drama entitled Jack Strong, based on the life story of colonel Ryszard Kukliński.