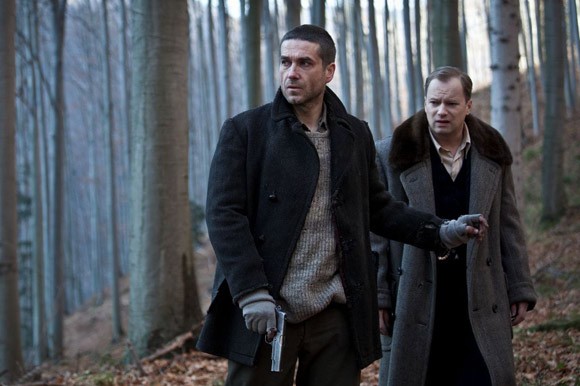 The rest of the awards were divided among three of the most popular Polish films of 2012. Aftermath, a Polish/ Dutch/Russian/Slovak coproduction directed by Władysław Pasikowski and produced by Apple Film Production won Best Actor (Maciej Stuhr) and Best Art Direction.

"The discussion that Aftermath caused within Polish society showed all of us that Polish viewers are ready to see this type of stories and this type of truth - not always comfortable, but thought provoking. Polish films screened in cinemas last year were often a look at the past, but not in order to glorify it; rather to investigate it with a new, fresh perspective. This is what we set out to do 15 years ago when we created the Polish Eagles, and now we can award the brilliant filmmakers present on our local market," Aftermath producer Dariusz Jabłoński, the President of the Polish Film Academy and founder of the Polish Eagles, told FNE.

You Are God, a Leszek Dawid drama about the Polish hip-hop band Paktofonika produced by Studio Filmowe KADR, received the Audience Choice Award and Best Editing Award. "It is amazing that this type of a challenging production became a box office hit in Poland. It means that the Polish audience is more likely to choose something that is more artistic, rather than a cheap form of entertainment. It also means that our national market is developing and now there is a place not only for light comedies and action films, but also mature productions about modern Poland," Jerzy Kapuściński, the producer of You are God, told FNE.

Michał Urbaniak was recognized as the Discovery of the Year for his acting debut in My Father's Bike (http://www.federicofilm.com/). Roman Polański won the Polish Eagle for Best Directing for Carnage and the Lifetime Achievement Award as given to legendary Polish actress Danuta Szaflarska.

The Academy named Amour by Michael Haneke as the Best European Film distributed by Gutek Film.

Discovery of the year:
Michał Urbaniak for the role in My Father's Bike