FNE at KVIFF 2013: The Girl from the Wardrobe Featured 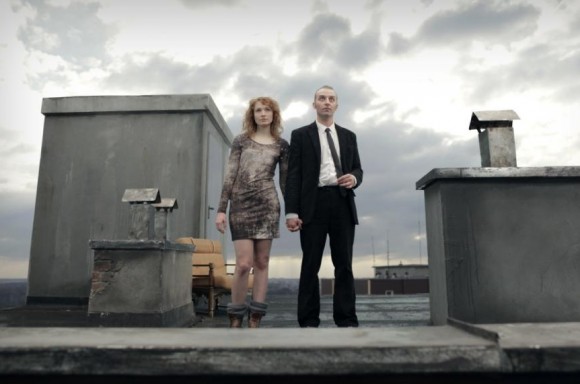 WARSAW: Bodo Kox creates a colorful and original story about two brothers who welcome a mysterious woman into their lives.

In The Girl from the Wardrobe Jacek takes  care of his autistic brother Tomek. They have their own routine that is broken when an elderly neighbor who looks after Tomek from time to  time is unable to help them. Jacek has to turn to a mysterious girl  who has just moved into their building. The autistic man strikes up an  unlikely friendship with the beautiful, neurotic woman. The leading roles are played by Piotr Głowacki, Wojciech Mecwaldowski, and Magdalena Różańska making her film debut.

Kox gained  recognition as an original Polish indie filmmaker. He made his debut  with the off feature film Look-alike, which he directed and produced on his own in 2005. He is a directing student at the Polish  National Film School in Łódź (PWSFTviT) and a graduate of the Wajda School.

"I wanted to make a film, that would have some value, saying something about an  important and serious issue but diluted with humor because I think  that having a sense of humor is the most important thing in life. I  prefer laughter to sadness, but I also like movies that force the  viewer to reflect," the director told FNE.

The film was produced by Documentary and Feature Film Production  Company (WFDiF) in co-production with CANAL+ . The shoot took place in Warsaw in  February and March 2012. The budget was 3,440,371 PLN (EUR 830,000). The film received production financing from the Polish Film Institute. The distributor of the film is Kino Świat informed FNE that the film was seen by 14,000 viewers during its opening weekend in Polish cinemas on 14 June 2013. International sales  are managed by WFDiF.