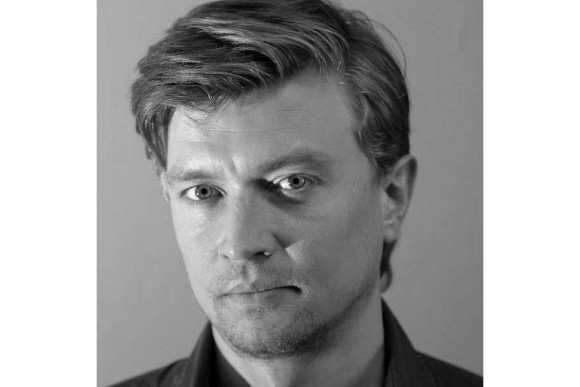 WARSAW: Mikołaj Pokromski will represent Poland at European Film Promotion’s Producers on the Move in Cannes.

Pokromski, currently a part of Pokromski Studio, has been successfuly partnering Polish and German cinema in his activity as an international coproducer. Born in 1977 in Gdańsk, he grew up in Germany where he was an active member of the film community since childhood. He completed his masters at Film Academy in Baden-Württemberg and majored in International film production at La Fémis – Paris. He also majored in logistics at the University of Economics in Poznan and at the University for Management and Marketing in Warsaw. When asked about his inspiration to become a film producer he says "I have been involved in film production since I was a small boy, at first because of my family's involvement in the business, and later because it became my passion. At some point I was involved with almost every job you could have on a movie set and finally decided on production."

The POKROMSKI STUDIO Company was established by his parents Aldona Pokromska and Waldemar Pokromski in September 1992. Initially specializing in art department services, in 2003 the company was divided into STUDIO EFEKT, specializing in art department services, and POKROMSKI STUDIO, concentrating on the production of documentary and feature films.

"I would say that presently our strongest feature is the international know-how that we bring to the Polish market. We have several well established contacts abroad made while we were involved in
coproduction especially with Germany but also Austria, the USA, Czech Republic, Norway, Hong Kong, Russia and France," Pokromski told FNE.

Pokromski says the advantages of working on the Polish market include the highly qualified film crew and the possibility to shoot in several different locations all across Poland. "We can provide services on an international level but what is still lacking is any type of tax rebates that would encourage international producers to come and shoot in our country. Czech Republic, Hungary and recently also Germany figured out that tax incentives bring in more international business, and I would like the same to happen for the Polish market as we have so much to offer," he adds.

Pokromski's first project as a producer was a 9 minute short fiction entitled Amin directed by David Dusa in 2005, a coproduction between Kinomaton Munchen, Realise Paris and Titanic Productions, VPRO. The German-French coproduction was well received at the IFF Rotterdam where it had its international premiere in 2006.

One of the break-through projects in Pokromski's career was a youth oriented German-Polish coproduction, Winter Daddy, directed by Johannes Schmid, is the story of 11-year-old Kattaka, who travels from Germany to Poland in search of her biological father. She only knows that he is a Russian sailor named Alexei whose ship moors in Gdynia till New Year's Eve. Kattaka and a neighbor boy set off on the journey in an old Barkas bus driven by her grandmother, a 70-year-old relocated from East Prussia. The film was produced by Pokromski Studio and Schlicht und Ergreifend in co-operation with German TV broadcasters RBB, BR, MDR, NDR and SWR with a budget of 1,940,000 EUR and with 1 m PLN in financing from the Polish Film Instititute and the
support of the  German-Polish Co-Development Fund, which supported the film with 270,500 EUR. The project also received 465,000 PLN from the Gdyński Film Fund, 250 000 EUR from the German fund BKM, 200,000 EUR from MDM, 200,000 EUR from the German Federal Film Board and 200,000 EUR from the Medienboard Berlin-Brandenburg.

"For bigger producers, an international coproduction is a chance to cover more territory and complete an even biggest budget. For companies like ours it is a chance to make our films on a level that
is professional and not half-amateur because the money wasn't there. It is significant in order to create a certain level of comfort for everyone involved and make a good film. Lastly, a coproduction is a great way to instantly get another market for your film, a place that is ready for it and where people are willing to show it to the audiences,” Pokromski said.

When asked about his favourite genre of production Pokromski points to documentary. "One of the most significant experiences in my work so far has been Fuck for Forest, a documentary directed by Michał Marczak that gave us a lot of experience not only in production but also in marketing the title at international film events and festivals. Documentary as a genre is a very freeing experience, because the producer and filmmaker are not putting any constraints on themselves -- at least not as much as they do when it comes to a feature. The finished product may differ from what you thought you were going to accomplish, but it can be even better than you imagined," he says.

"Some of my favourite films to produce are children and youth oriented titles, especially because there is a striking lack of them in modern cinema. I have this dream of making movies for the younger viewers in Poland, ones that will shape their aesthetic tastes and views on cinema. It works in other countries and it is a way to sort of educate your audience. I would like our company to make
more of titles such as Winter Daddy in the future,” he adds.

Pokromski's upcoming projects include a major biopic about the Polish Nobel Prize winning chemist Maria Curie-Skłodowska, that has been in development for a couple of years. "We are currently closing the budget and we hope to go into production sometime this year," he told FNE.

One of his dream projects is a big costume war drama. "As a child I grew up on this type of movie and I know it would be a great challenge to do a big project like Saving Private Ryan. There is always so much drama and extreme situations in war-based scripts, they are always exciting and difficult to organize from a production point of view," he says.