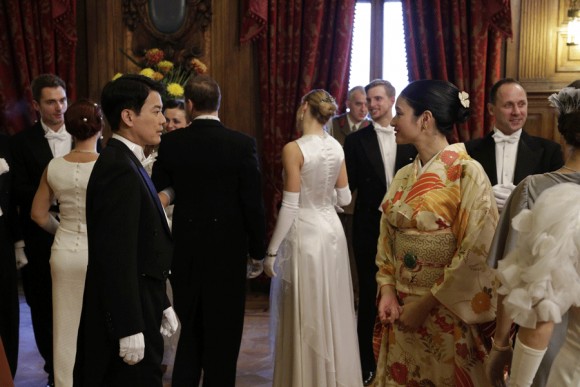 TALLINN: Even without film incentives, Poland has become a destination for foreign film productions.

“2014 was a very, very successful year,” Polish Film Commissioner Tomasz Dąbrowski told FNE. “It was a turning point in bringing Poland back on the market.” The list of projects shooting in Poland has included three films from India, Japan, Hollywood and Europe. “This was the strongest year for many years for foreign films being shot in Poland,” he added.

Among the successes was the decision to shoot the Japanese film Persona Non Grata in Poland rather than Lithuania. The film tells the story of a Japanese diplomat stationed in Lithuania who arranged exit visas for Jews in the Nazi-occupied region which stretched into eastern Poland. Akson Studio provided production services. The film was shot in 41 days, with an additional 15 days for the second unit, with Poland standing in for locations as diverse as Israel, Moscow’s Red Square and New York.

Northeastern Poland will be the site of another big scale production, Agnus Dei by French director Anne Fontaine, and a French/Polish coproduction with the young Polish company Aeroplan Film which received a 350,000 EUR grant from the Polish Film Institute. The film is expected to have a shoot of some 40 days early in 2015. In addition, Dąbrowski said, “We’re hoping to have at least one very big Indian production,” and added, “We’re still waiting on the Polanski film,” which attracted press attention earlier this year.

Since Dąbrowski took the helm in 2013, Film Commission Poland has been building networks both domestically and internationally. “The film commission doesn’t have enough power itself, so we are working hand in hand with the Polish Film Institute to set up a platform for Polish productions and we want to continue this next year. We’re also trying to develop relationships with regional partners in Poland, encouraging them to set up their own film structures. Together with the Polish Film Institute, we decided to push for contacts between our producers and foreign producers,” he said.

Meetings have already taken place with Danish and New Zealand counterparts, Dąbrowski was attending the Baltic Event to build bonds with Poland’s Baltic neighbors. “We see a great potential in the Baltic States,” he said. “There’s a big interest in establishing new links with Poland and cooperate with Polish partners. Lots of Baltic and Scandinavian film companies are using Polish talent, such as DoP’s.”

Domestically, Dąbrowski’s missions include support for the creation of an animation cluster in Warsaw and working on setting up film commissions in Gdansk and the Pomerania region, after successfully pushing Warsaw to set up its own film commission, now in the city’s plans.

The biggest effort will come in the push for tax incentives.

“We’re talking with newly elected officials about building up the film structures and seeing film as a business potential for them,” Dąbrowski said. “We’re expecting a report by the end of the year on the effect of incentives on economic development. Together with the Polish Film Institute, we’ll start a new public debate about the need to introduce incentives to our tax system…. If we want to go forward, we need to have that.” Dąbrowski insists Poland will go the route of an incentive scheme and not a cash rebate plan. “We need a good system that will work to develop our own film industry. Poland will not be just a shopping spot for the lowest price.”