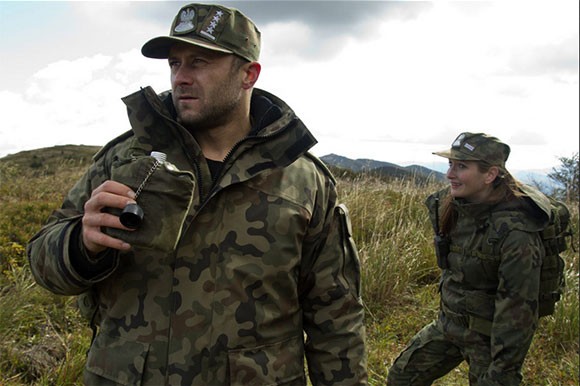 The Pack / Wataha by Kasia Adamik and Jan P. Matuszyński

WARSAW: HBO Europe is ramping up its move into original series production in CEE with the start of production on the new series Blinded by the Lights and the second season of The Pack / Wataha in Poland.

Blinded by the Lights is a six-part hour-long drama series set in Warsaw on the six days leading up to Christmas, when Warsaw’s top cocaine dealer runs into difficulties with hipster clients, corrupt cops and politicians and coked up celebrities that threaten his plans of a holiday in Argentina.

Blinded by the Lights is directed and co-written by Krzysztof Skonieczny from the novel by Jakub Żulczyk, who also co-wrote the screenplay.

The Pack / Wataha is a critically acclaimed drama about a border guard unit based in the remote Bieszczady Mountains on the Polish border with the Ukraine. The first series achieved the highest rating for a premiere in HBO Poland’s history and aired on Channel 4’s Walter Presents in the UK. The series, which is shot entirely in the mountains, moves forward three years, dealing with the themes of people smuggling, the death of illegal immigrants and the rise of nationalism.

The series, which also consists of six one-hour episodes, is directed by Kasia Adamik and Jan P. Matuszyński. The lead writer is Piotr Szymanek.

Antony Root, EVP Original Programming and Production HBO Europe, commented, “Our continuing goal is to produce distinctive, high quality drama for local audiences. We believe Blinded by the Lights, a story set in Warsaw’s demi-monde and showing off the city in a wholly new way, will not only appeal to Polish audiences but also to our subscribers all around the HBO Europe region. We are confident it will equally excite audiences internationally.”

He added, “The Pack / Wataha, set in the rugged Bieszczady Mountains, has already proved its appeal to viewers having achieved huge ratings in Poland for its first season. It also played extremely successfully in the other HBO Europe territories and has sold in foreign markets. We are very excited by this new chapter and the way the writers explore some of the challenges now faced on Europe’s longest border.”