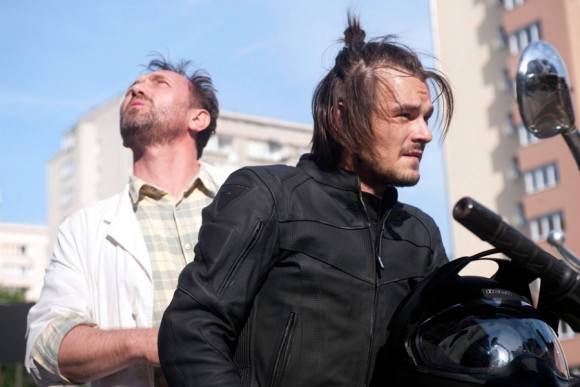 The Polish Film Institute informed FNE that 11 Minutes is screening in regular distribution in UK, Portugal and Japan. It is also available on iTunes and Netflix.

The film premiered at the 72nd Venice IFF, where it was presented in the Main Competition and won the Youth Jury Special Mention. The production was chosen to be Poland's Oscar entry in 2015. The film opened in Polish cinemas on 23 October 2015 distributed by Kino Świat with 128,907 tickets sold. World sales are managed by HanWay Films.

The film was produced by Skopia Film in coproduction with Element Pictures, HBO, Orange, Telewizja Polska – Agencja Produkcji Telewizyjnej i Filmowej and Tumult Foundation. It received production financing from the Polish Film Institute, Eurimages, the Irish Film Board, Miasto Bydgoszcz and Eileen Tasca.