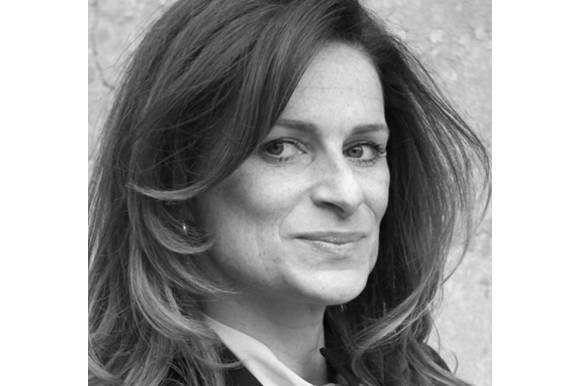 WARSAW: Producer on the Move Maria Blicharska, co-founder of the Polish company Donten & Lacroix Films, is a seasoned film professional experienced in international coproduction. She is the Polish coproducer of Frost directed by Sharunas Bartas, which will premiere in Cannes Director's Fortnight 2017.

Maria Blicharska is a graduate of La Femis in France, Filmakademie in Ludwigsburg, Germany, the Radio and Television Department of the University of Silesia in Katowice, IECS in Strasbourg and the Jagiellonian University. A participant in the Nipkow programme in Berlin, she lectures at film schools in Paris and is a member of the European Producers EAVE Network. She started her career in the film industry as production manager, including Polish productions such as box office hit comedy Vinci directed by Juliusz Machulski (2004, TVN) and I Am, a drama directed by Dorota Kędzierzawska (2005, TVP). Since then, she has collaborated on over 30 international films - feature, documentary and animation, awarded at festivals worldwide. When asked what advice she would give to film producers who are just starting out, she replied "You need to be patient, never give up. Nothing can beat hard work. Each project teaches you something new, gives you a new lesson, a new precious experience of how to make films. Even a failure is a step forward, because it makes you all the wiser for the future."

Between 2006-2008 she worked for Margaret Menegoz at the French production house Les Films du Losange, where she collaborated on films directed by Andrzej Wajda and Arash T, Riahi. As line producer she had also worked for American directors and producers: Leslie Wilson, Steve Purcell, Jessica Sanders, Andrzej Krakowski, Renny Harlin or Academy Awarded June Beallor and the Steven Spielberg Shoah Foundation. Last years in France, she has collaborated closely on projects initiated by French based company KinoElektron by the producer Janja Kralj. Frost in a fruit of that collaboration.

“Making films in a collective work. You can not make a film by yourself. You’re always part of the team, of a crew, and it comes out of a synergy of all the people involved in the project. I’ve been lucky to have a chance to work in wonderful teams” she said.

"As a coproduction partner, Polish companies can offer experienced and highly skilled film crews and film professionals. Poland has also come a long way when it comes to access to public funding, with Polish Film Institute and regional film funds supporting more and more often international projects. Soon Poland will introduce cash rebates for shooting and it will make the territory even more competitive for foreign productions," Blicharska told FNE.

When asked about the reality of the Polish distribution market she replied: "As producers, we all dream of producing a film that will win awards and critical acclaim, but also sells admissions in the cinema. It is a real challenge to produce this perfect ‘cinema of the middle’ nowadays, but it is always exciting to try. It would be great if Poland introduced more programmes supporting the distribution of our art house cinema. The Polish Filmmakers Association recently introduced a special grant to support both Polish and European distributors, I hope more initiatives like this will follow."

Donten & Lacroix Films
www.dontenlacroix.eu
This email address is being protected from spambots. You need JavaScript enabled to view it.