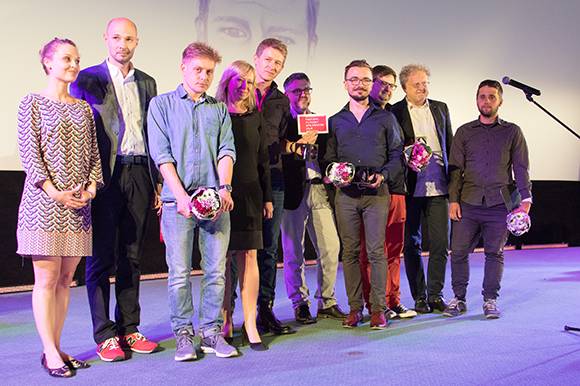 KRAKOW: The 57th edition of the Krakow Film Festival (28 May – 4 June 2017) wrapped with awards for the best documentary, short and animated films in one of Europe’s top showcases for non-fiction feature films.

The winner of the International Short Film Competition was the Swiss/Argentinian doc En La Boca directed by Matteo Gariglio for its poignant portrayal of a mother's love for her son in spite of everything. As the winner the film will also become a nominee for the European Film Award in the short film category.

The top award in the international documentary film competition went to the film Dum Spiro Spero directed by the famous Croatian writer Pero Kvesić. The film is about the filmmaker’s own struggle with serious lung disease and records of the everyday struggle as a special kind of a videoblog filled with self-mockery and brilliant comments on the subject of life and death.

The Silver Horns for the medium-length and feature-length documentary films went to Audrius Stonys for the Women and the Glacier (Lithuania, Estonia) and Lissette Orozco for Adriana's Pact (Chile).

The best music documentary prize went to the USA/German film When God Sleeps directed by Til Schauder about the life of Iranian musician Shahin Najafi, against whom a fatwa has been issued, for insulting Islam.

The Golden Hobby Horse in Polish Competition went to the doc The Ugliest Car directed by Grzegorz Szczepaniak, a road movie about the extraordinary relationship between mother and son as they travel through Poland and Germany. The jury headed by Polish producer Dariusz Jablonski appreciated the film for "depicting moving and full of warm-hearted humour scenes between son and mother during their tender journey by the most beautiful of vehicles."

The second edition of DOC LAB POLAND held within the frames of the KFF Industry Zone, the programme of industry events, awarded documentary films at the stage of development and at the stage of post-production.

Nothing New Under the Sun (Poland)
Directed by Damian Kocur

The Woman and the Glacier (Lithuania, Estonia)
Directed by Audrius Stonys