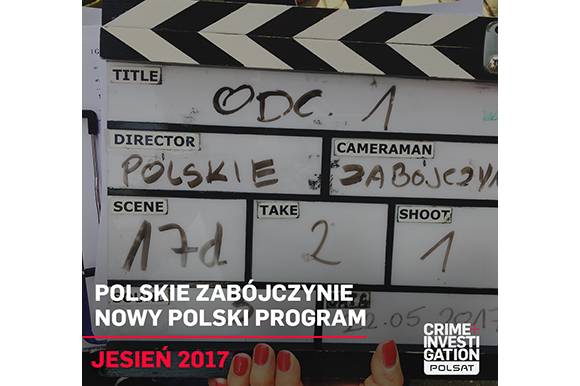 Killer Women will look at authentic cases of Polish women who were accused of or sentenced for murder. The creators of the show will analyse the most scandalous and brutal cases of the 1990’s and the first decade of the 21st century with the participation of police officers, investigators, psychologists and witnesses. The documentary series is produced by Like Vision. The first season will have six episodes and is set to premiere in the fall of 2017 on Crime+Investigation Polsat.
„May 2017 was the best month ever in terms of audience numbers in the commercial demo in Crime+Investigation’s seven-year history in Poland. One of the reasons the channel has been so successful are local commissions, which we have been commissioning for the last four years. We’ve been telling emotional local stories. We pursue truth in each of our productions,” said Izabella Wiley, general manager, Central & Eastern Europe at A+E Networks

Killer Women was commissioned and creatively managed by Agnieszka Kubiak, head of content at A+E Networks.