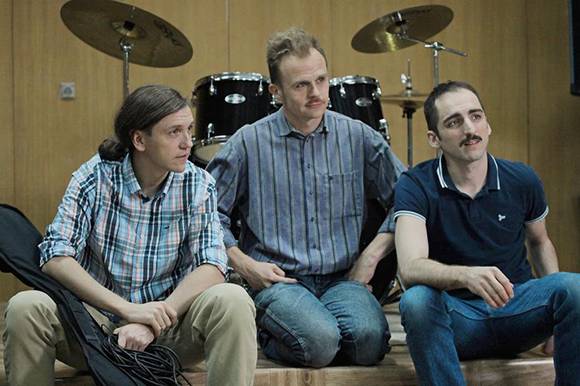 WARSAW: Acclaimed young Polish director Michał Rogalski has just finished shooting his new feature film Exterminator, a comedy based on a hit theater play. The premiere is planned for January 2018.

Exterminator is based on the play written by the screenwriter Przemysław Jurek under the same title and also on his novel Kochanowo i okolice. The story follows a group of 30 something childhood friends, who decide to revive their death metal band and end up playing at county fairs.

The main characters are played by Paweł Domagała, Piotr Żurawski, Krzysztof Czeczot, Piotr Rogucki and Sebastian Stankiewicz. Shooting for the film took place on location in Powsin in June 2017.

Aurum Film is producing. The final budget has not been announced yet. The project received a production grant of 189,399 EUR / 800,000 PLN from the Polish Film Institute.

The film will be released in Polish cinemas by Kino Świat on 5 January 2018.

Michał Rogalski is well-known for his debut feature Summer Solstice (2015), a German/Polish coproducton between Prasa i Film and Martens Film und Fernsehproduktions.

Aurum Film
www.aurumfilm.pl
This email address is being protected from spambots. You need JavaScript enabled to view it.