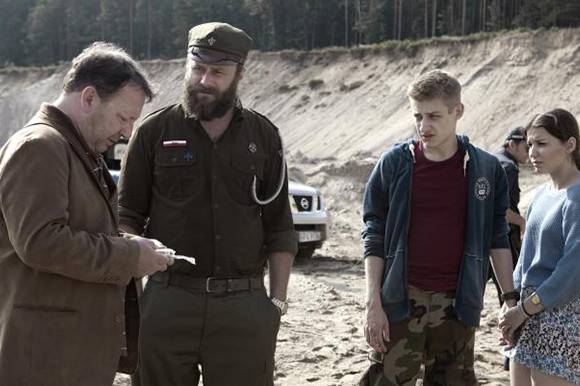 Be Prepared by Robert Gliński

GDYNIA: Robert Gliński’s new thriller Be Prepared, that plays out in the teenage world of the internet and social media, will premiere in the main competition of the 42nd Gdynia Film Festival (18-23 September 2017).

Two groups of boys from different social classes and representing two different value systems confront each other as a result of a risky decision taken by adults. What was meant to be a lesson of responsibility and tolerance is transformed into a battle for leadership. On the one hand is the faith in noble ideals and on the other the brutal law of the jungle. The young people, isolated from the outside world, will reveal their true, shocking nature.

"I wanted to make a film about something that fascinated me lately. I've been meeting young people at several lectures in schools, clubs and scout meetings. In the past they were frustrated, focused on pop culture and gadgets, and now they are looking for ideals, their own place in the sphere of spiritual and moral values", Robert Gliński, who co-wrote the script together with Dorota Jankojć-Poddębniak, told FNE.

The film was produced by Wytwórnia Filmów Dokumentalnych i Fabularnych in coproduction with Monolith Films. The film received a production grant of 467,297 EUR / 2 m PLN from the Polish Film Institute.
Shooting took place in the summer of 2016. The release date has not been announced yet, but the film will be distributed by Monolith Films.

WFDIF
www.wfdif.pl
This email address is being protected from spambots. You need JavaScript enabled to view it.


Mononlith Films
www.monolith.pl
This email address is being protected from spambots. You need JavaScript enabled to view it.