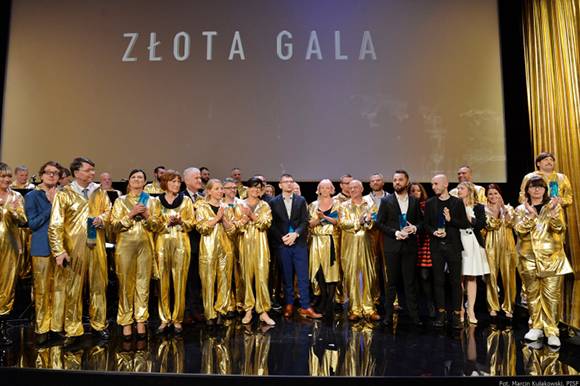 GDYNIA: The Polish Film Institute (PISF) awarded the most accomplished members of the industry for the 10th time during the Gdynia Film Festival (18-23 September 2017).

The Polish Film Institute awards were created in 2008 in order to show appreciation for the efforts of many cinema enthusiasts and organisations, who propagate knowledge about cinema, promote Polish films, educate young viewers, publish information about films and organise festivals, retrospectives, exhibitions and meetings with creators. The candidates are nominated by cultural institutions, film schools and other companies and institutions working within the culture sector.

Film Criticism for a Film Critic or Film Expert for His Input in the Development of Modern Polish Cinema:
Piotr Czerkawski

Film Education:
Film education for children and youth in Amok Cinema in Gliwice

Digital Restoration of Polish Film:
DI Factory and reKINO for the digital restoration of The Shadow Line / Smuga cienia (1976) directed by Andrzej Wajda