FNE at 2017 Gdynia Film Festival: The Damned One Featured 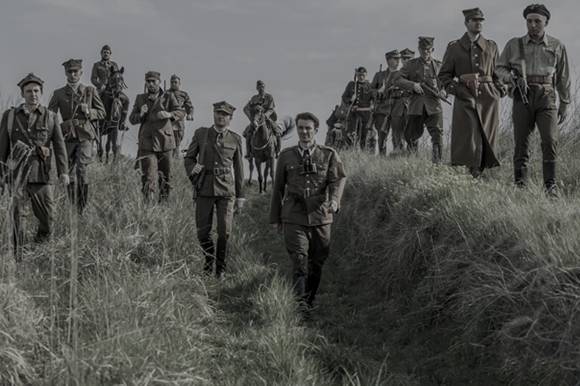 The Damned One by Konrad Łęcki photo: Wojciech Marczak

GDYNIA: Konrad Łęcki’s war drama The Damn One will premiere in the main competition of the 42nd Gdynia Film Festival (18-23 September 2017). This film set in Poland in the second half of the 40’s is a debut feature.

In the management of the Public Security Office, a decision is made to liquidate the troops fighting in the woods by any means. The members of the armed underground independence formation fight against the Communist regime. Tortured by the Public Security Officers, the main protagonist, Lolo, is freed. During a country wedding, he meets Bronka. The two young people fall in love, while the terror in the village is growing.

"We are presenting a story about dramatic times when the protagonists had to face very difficult choices. The view on these times has an impact on the conflicts we can observe in our contemporary society. I tried not to judge the decisions of my characters, but only to show the tragic nature of their faith and their total isolation and solitude", said director Konrad Łęcki.

Kondrat-Media released the film domestically on 10 March 2017 with 70,612 admissions to date.

Fundacja Między Słowami
www.fundacjamiedzyslowami.pl
This email address is being protected from spambots. You need JavaScript enabled to view it.

National Audiovisual Institute
www.nina.gov.pl
This email address is being protected from spambots. You need JavaScript enabled to view it.