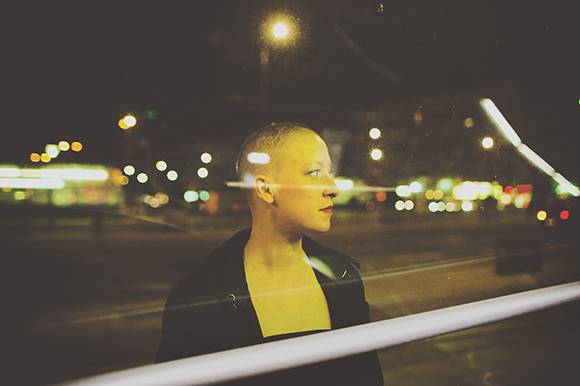 The Flesh by Marcin Koszałka

KATOWICE: The Flesh/Mięcho from Poland's acclaimed documentary filmmaker Marcin Koszałka won the Best Pitching Prize at the International Co-Production Forum Regiofund. The prize was awarded to the film's producer Marta Szarzyńska, who presented the project to an international audience of film professionals during the event that took place 4-7 October 2017.

"The award at Forum Regiofund confirmed to me that this is a film worth fighting for. We are at the very beginning of our journey. This was the first presentation that The Flesh/Mięcho had with a broader audience and it turned out to be a success. The project has been noticed not only by me, but also by foreign producers. I hope that among them we can find a partner with whom we will work on Marcin Koszałka's documentary", producer Marta Szarzyńska told FNE.

The prize of 1,400 EUR / 6,000 PLN was awarded during the Boarder Gate Award ceremony held on 6 October 2017 in Katowice, where Michał Kwieciński received his Boarder Gate Award, a distinction bestowed by the organisers of Forum Regiofund upon distinguished film producers.

The Flesh follows Aneta, whom everyone recognises from a 2016 Grand Press Photo of her, a 33 year old journalist, bald, naked, a cigarette dangling from a vibrant red mouth. Who was this striking, sick girl? In a Newsweek interview, she was blunt: “I have a very rare cancer, incurable, very much advanced. I’m dying”. Unlike other patients, she neither forces herself to have therapy nor seeks a magic cure. When the chemo brings pain, she halts it. “Quality of life is more important to me more than quantity”, she says. Aneta’s life is an art. She believes it’s better to seek pleasure than live a life of tremendous suffering. This attracted the attention of Koszałka, one of Poland’s greatest filmmakers. Koszałka, who often works with controversial subjects such as sickness and death, is drawn to these themes as a form therapy for his own death fixation. Not just another movie about cancer, this is an encounter between a director terrified of death and a subject who has come to terms with it.

„I got involved in this project directed by Marcin Koszałka, whose documentary films have always moved me with their uncompromising and direct style, because I find that the story of Aneta Żukowska and her approach to her illness, as well as her life, is inspiring and should be immortalised. We are planning to make this film as an international production, which will increase its distribution possibilities outside of Poland,” Szarzyńska said.

The project is in development. The film is produced by Szarzyńska and her company Szarobiuro Production with a planned budget of 190,000 EUR and 26% already in place. The producers are looking for coproducers and contributors.

Production contact:
Marta Szarzyńska
+48 501 563 624
This email address is being protected from spambots. You need JavaScript enabled to view it.