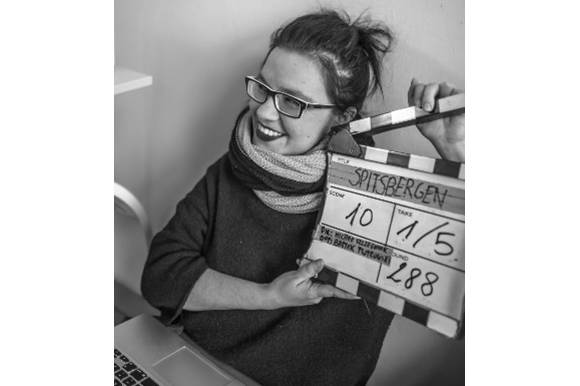 KATOWICE: FNE spoke with film producer and academic teacher from the Wajda School and the Faculty of Radio and Television Joanna Malicka who provided the "Young Producer Workshops" during the International Co-Production Forum Regiofund, that took place in Katowice from 4 to 7 October 2017.

Here she shares her experience with FNE readers.

FNE: What is the purpose of the workshop?

Joanna Malicka: These workshops are created for students, young graduates of production, and the goal is to show graduates that what we teach them in production studies is just the beginning of the road. We invite students of production, we invite the directors and scriptwriters and we try to show what team-work is. These workshops are divided into 3 parts. The first one, which is very important, consists of working on the project. Helena Szoda-Woźniak, an experienced script consultant, leads students step by step through their texts. Later, a series of production meetings takes place, prepared every year by Silesia Film and Patrycja Młynarczyk. She shows our participants how to get their materials ready, not only formally but also from the artistic and budget side. This year we also had a meeting with Weronika Czołnowska, who is the head of the Industry events at New Horizons Film Festival in Wroclaw. She talked about the distribution of short films. We talked about the festival strategy for shorts, how to deal with a first film. In addition, we had a meeting with the lawyer Maciej Kubiak, who told us what documents should be prepared during the development phase of a project and what pitfalls can occur. The third and final part is pitching. Here I would like to mention that Wajda School was our partner and funded the prize for the best pitching. These are workshops created not for professionals, but for students to have an opportunity to work with their projects in a safe atmosphere.

FNE:  What trends do you see in Polish and European production?

Joanna Malicka: When I attend international film festivals, I can see how our thinking about films is getting closer to the European way of thinking. I am a film producer, so it is quite important for me to work on the European market. I also teach how to deal with various international proposals. Our creative and experimental approach to films has brought us closer to European countries. The Polish film industry is now developing very fast by changing distribution models, changing the world. I am not talking here about digital technology, such as Netflix's dominance in the European market. It is certainly the cinema that changes before our very eyes. In all this, we don’t need to be ashamed of the level of our Polish cinema.

FNE: What should a young film producer pay attention to?

Joanna Malicka: A young producer should pay attention first of all to his project. I think we are talking here quite a lot about things related to the text, to the development of this project, and then to the distribution. But being young producers, especially at the university, we don’t pay enough attention to our text, our project and with whom we will cooperate. An essential part of the producer's education is reading and understanding the script, thinking about what the project's potential is.

FNE: What characteristics should an effective producer have?

Joanna Malicka: He must be responsible, forward-looking, be open to new ideas, but also listen to what others are saying, so he can avoid mistakes and develop personally. I think the most important qualities are responsibility, rationality, but also intelligence, the ability to read texts and to broaden your horizons. I think that producers and especially production students should read, watch and interact with art to become a partner in the conversation also on the artistic side. Only then, these teams, in which I really believe very deeply, allow for partnership.

FNE: What do the participants learn during these workshops?

Joanna Malicka: It is team work. They learn how to use each other's potential, their abilities and who they are. First of all, we teach them not to close off from their partner, no matter what role you have in the team, and work together because the effects can be amazing.