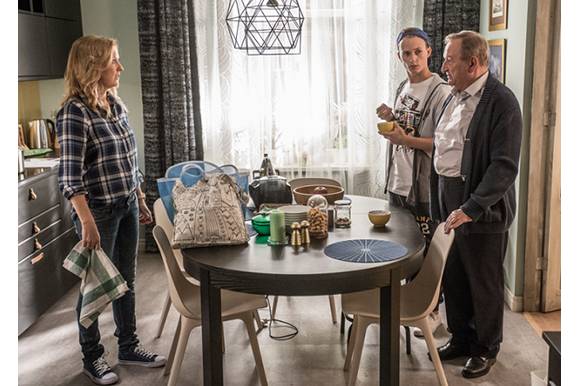 WARSAW: Ikea Retail has commissioned and will sponsor the first Polish product placement mini-series, Dom pełen zmian / House full of changes, which will be aired by Polish private broadcaster Polsat.

The show directed by Kristoffer Rus, is an eight-episode mini-series following the life of the Malinowscy family. The story spans over several years, with each episode taking place a year later than the previous. Each episode is set in a house decorated by IKEA. the cast includes Iza Kuna, Piotr Adamczyk, Kazimierz Kaczor and Maria Maj.

"The house is the arena for a lot of the changes taking place in life. With the help of this original concept, we want to show how the interiors change with the protagonists. The products and designs from IKEA are not only the scenery; they play a role in each of the episodes. We have planned eight episodes, each one eight minutes long. It is a pioneer length for TV branded content. The feature form of the series is also a novelty, we are stepping away from the format of mini-episodes that the viewers are used to," said Karolina Szabłowska, External Marketing Communication Manager for IKEA Retail in Poland.

The script for the series was written by Marcin Baczyński and Mariusz Kuczewski, known for their work on the box office hit romantic comedy series Letters to Santa (TVN). The DoP is Michał Sobociński. The series is produced by Prime Film Production in co-operation with the MEC Wavemaker agency, The budget of the project has not yet been announced.

The series will be aired by Polsat in the fall of 2017.