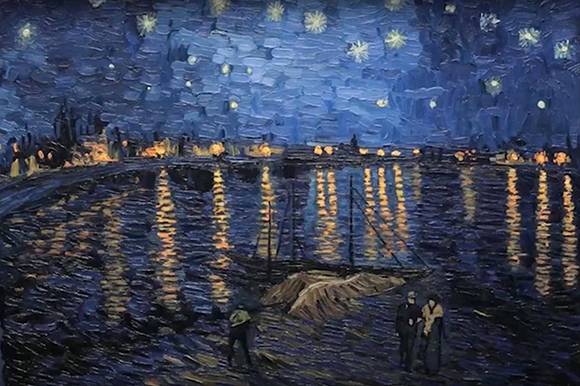 WARSAW: The Polish/British animated film Loving Vincent directed by Dorota Kobiela and Britain’s Hugh Welchman was nominated for the 90th Academy Awards in the Best Animated Feature category, while the Hungarian On Body and Soul directed by Ildikó Enyedi was nominated in the Best Foreign Language Film category.

Loving Vincent is competing against The Boss Baby by Tom McGrath, The Breadwinner by Nora Twomey, Coco by Lee Unkrich and Ferdinand by Carlos Saldanha. Nominations for the Oscar in the Best Foreign Language Film category include A Fantastic Woman (Chile) by Sebastián Lelio, The Insult (Lebanon) by Ziad Doueiri, Loveless (Russia) by Andrey Zvyagintsev and The Square (Sweden) by Ruben Östlund.

Loving Vincent was awarded European Animated Feature Film 2017 at the 30th European Film Awards in Berlin and it was also nominated for the British Academy of Film and Television Arts (BAFTA) awards in the Best Animated Film category and for a Golden Globe in the Best Motion Picture – Animated category.

This fully painted animation feature is a Polish/British coproduction between BreakThru Films and Trademark Films. Cinema Management Group is handling the sales.

On Body and Soul was awarded Golden Bear at the 67th Berlin International Film Festival in 2017.